An amount of Rs 11 crore has been released for the construction of a JNU hostel for northeastern students in Delhi. 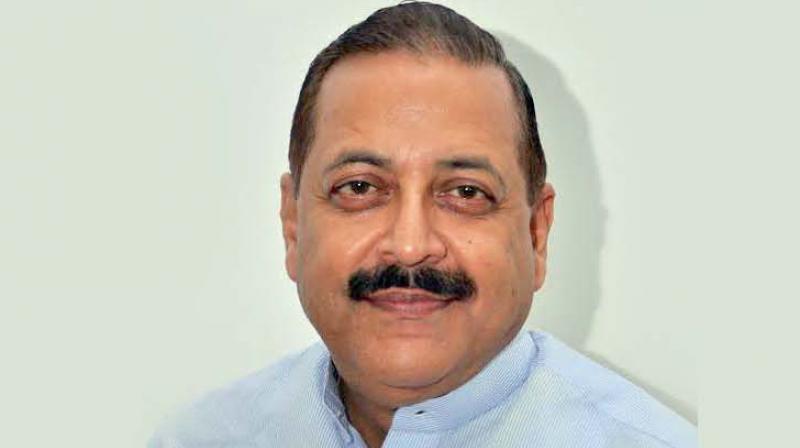 "Development of the northeastern region has been the priority for the Government under the leadership of Prime Minister Narendra Modi," Singh said at the meeting here.

He added that the government will make all efforts to implement the projects and the ministers would soon start their visit to the region to see the ground realities and challenges firsthand.

The officials briefed the Minister about the progress made on the ongoing projects in the North Eastern region of India. He was also briefed about the upcoming initiatives and projects to be implemented in the region.

During the meeting, Singh was informed that an amount of Rs 11 crore has been released for the construction of a JNU hostel for northeastern students in Delhi whose construction is about to begin in a few weeks.

This will be the first of its kind hostel in JNU. The hostel will have 224 rooms and accommodate 424 students. Out of 224 rooms, 24 rooms have been assigned for Divyang students. The remaining rooms will be occupied by an equal number of boys and girls ie 200 boys and 200 girls. The four-storey hostel will be built in approximately one and a half acre area.

He was also informed that the hostel for North Eastern girl students, which was inaugurated by Prime Minister in Bengaluru recently, has also become functional.

In addition to these, the land acquisition process has started for the Rohini hostel for Northeastern students studying in colleges and institutions related to Delhi University and Rs 2.5 crore has been released to DDA. The hostel will be built in an area of about 5 acres.

The status of the North Eastern Cultural and Information Centre to be set up in Dwarka in New Delhi, was also discussed during the meeting. The estimated cost of the project is about rupees 50 crore.

The Minister said that this centre will act as a cultural and convention/information hub of the North Eastern Region in Delhi. It will be constructed at par with the international standards and will have a library-cum-reading room with material on the North Eastern region and an art gallery showcasing the North East.