The move came at that time when Oppn parties were accusing BJP-led central govt of misusing investigating agency for political benefits. 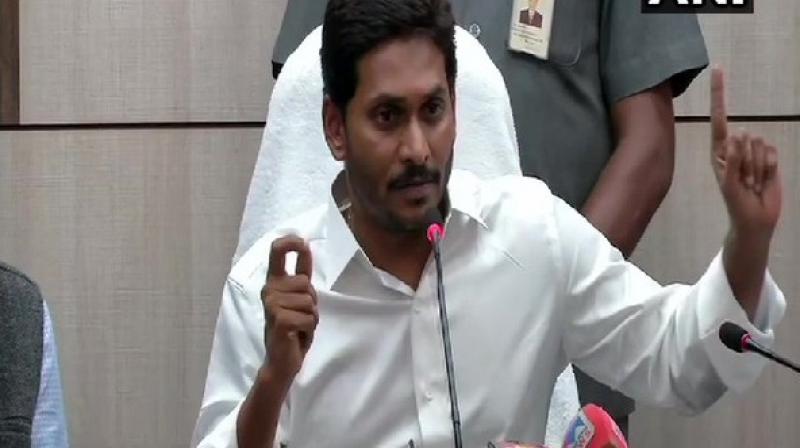 Meanwhile, Reddy said that the state's education structure will witness a change wherein Saturdays will be a 'no-bags day' and sports and other co-curricular activities will be introduced. (Photo: ANI | Twitter)

Amaravati: Overturning a decision of the previous TDP government, the new government under Y S Jagan Mohan Reddy has allowed CBI to carry out investigations in the state.

"Chandrababu banned CBI and he prevented IT raids. He questioned how ED comes in the state. Now Jagan has issued orders allowing the CBI into the state. CM made it clear that thieves will not be spared. Look out Chandrababu," YSRCP leader Vijaysai Reddy said in a series of tweets.

This comes after the previous government headed by N Chandrababu Naidu had withdrawn the 'general consent' to CBI to conduct raids and carry out investigations on central establishments in Andhra Pradesh in November last year.

The move came at that time when opposition parties were accusing the BJP-led central government of misusing the investigating agency for political benefits.

As per rules under the Delhi Special Police Establishment Act of 1946 that governs the functioning of the CBI, the investigating agency has complete jurisdiction over Delhi and other states with the general consent of the government concerned there.

Meanwhile, Reddy said that the state's education structure will witness a change wherein Saturdays will be a 'no-bags day' and sports and other co-curricular activities will be introduced.

"The concept of schooling will undergo a radical change under Jagan's rule. Saturday will be no bags day. Sports and psychological development programmes will be introduced. Mid-day meal will have a nutritious diet. The salary of mid-day meal staff is increased from Rs 1,000 to Rs 3,000. This is the rule of humanity," he said.

On liquor sales in the state, Reddy said, "Jagan has ordered that there should not be even a single belt shop. He has ordered to cancel the licenses of wine shops if they supply liquor to belt shops. This is an ambitious decision. Chandrababu government had surrendered to the liquor lobby and had opened belt shops in every street."