India   All India  03 Jun 2021  PM Modi speaks to Mukul Roy to enquire about his wife's health
India, All India 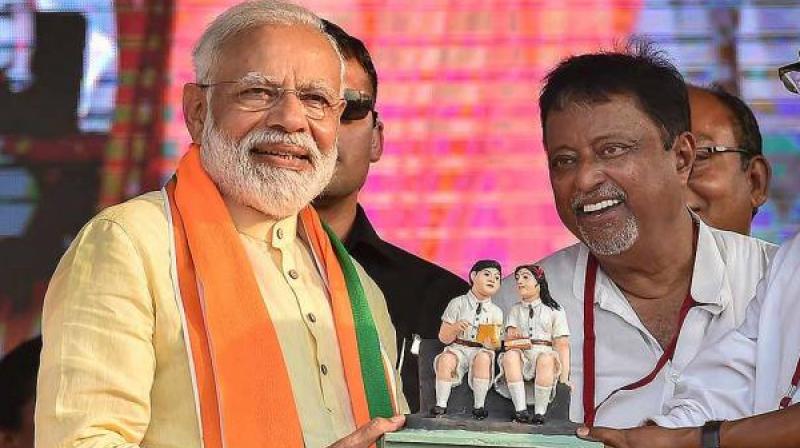 Prime Minister Narendra Modi being presented with a memento by BJP leader Mukul Roy, during an election campaign for Lok Sabha polls, at Taherpur city of Ranaghat in Nadia. (Photo: PTI/File)

Roy's wife Krishna is undergoing treatment for COVID-19 at a private hospital here.

"The prime minister spoke to my father over the phone at 10.30 am and enquired about my mother's health," Roy's son Subhrangshu told PTI.

Even as Roy is recovering from COVID-19 at home, Subhrangshu was present at the hospital when Banerjee visited.

The visit by Banerjee, the youth wing president of the TMC, came amid speculation over Roy's next political move.

Significantly, Subhrangshu, a former TMC MLA who joined the BJP following his father's footsteps, recently said in a social media post that one should do self-introspection before criticising the government, which has come to power with people's support.

The post was believed to be directed at the state BJP leadership.

Mukul Roy, the former lieutenant of Mamata Banerjee, left the TMC over alleged disagreements with the party's top leadership on certain issues, including differences with Abhishek, the nephew of the chief minister.