After retiring from the police service, SR Darapuri had joined the All India People's Front (Radical), a political outfit. 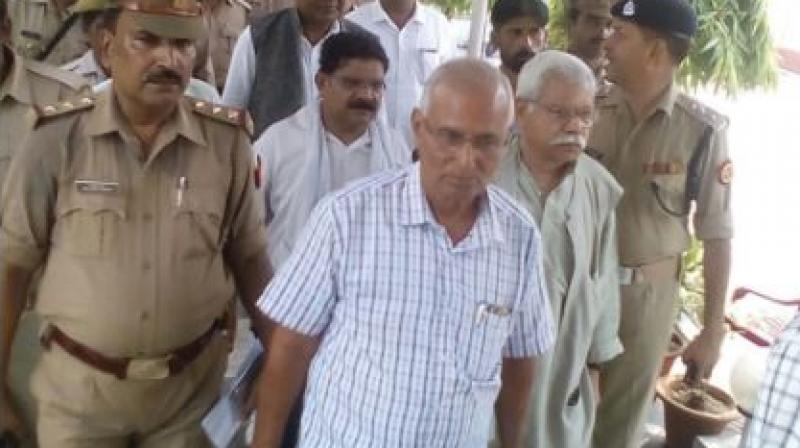 Lucknow: Eight people, including a retired Indian Police Service (IPS) officer, were arrested in Lucknow on Monday for staging a demonstration against the Yogi Adityanath government in Uttar Pradesh.

"Retired IPS officer SR Darapuri and seven others were arrested as they attempted to take out a rally at a public place without permission. They were arrested from the Chowk area," said Additional Superintendent of Police (Lucknow West) Vikas Chandra Tripathi.

In a related development, over 20 protesters were placed under arrest in Jhansi. "In all, 31 people have been arrested in connection with the protests so far," said Tripathi.

Those arrested were protesting against the recent violence in Saharanpur. Some of them had assembled at the Roomi Gate (in Old Lucknow), while the others, including

Darapuri had gathered near the UP Press Club, he added. After retiring from the police service, Darapuri had joined the All India People's Front (Radical), a political outfit. He had also contested the 2014 Lok Sabha election from Robertsganj.