One other member of the family was also injured in the mishap at Bhudheswari Colony early on Thursday morning. 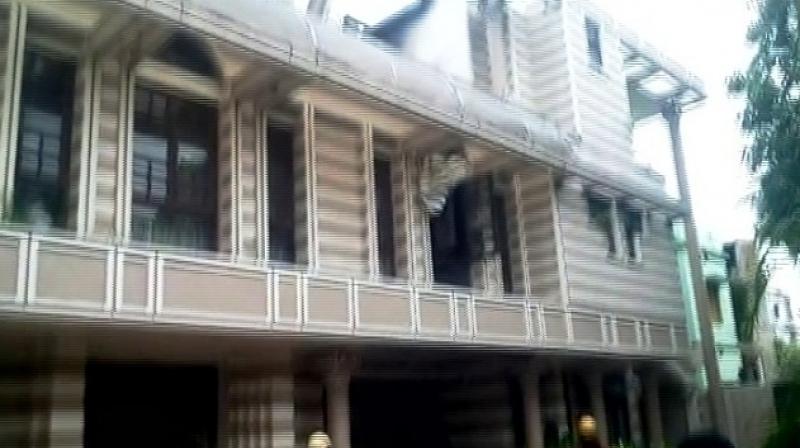 Bhubaneswar: In a tragic incident, four members of a renowned businessman’s family and their maid died due to a fire mishap at Bhudheswari Colony early on Thursday morning.

One other member of the family was also injured in the incident.

Gaganpal Singh is the younger son Satpal Singh, chairman of Pal Heights Group which owns a few luxury hotels in the city.

The fire brigade officials, who were engaged in the rescue operation, suspected an electric short-circuit to be the reason behind the fire mishap.

“We suspected electric short-circuit in the air-conditioner (AC) could be the reason of behind the mishap. The victims died because of the thick smoke that billowed in rooms on the top of the three-storey building,” said Ramesh Majhi, deputy fire officer, who led the rescue operation.

A scientific team reached the spot and started investigation into the incident.

Subrat Das, an eyewitness, said he saw the incident at around 4.45 am and immediately informed the police control room.

“At around 4.45 am, I saw smoke billowing out of the third floor of the house and immediately informed the police. The police also immediately reached spot and called up the fire brigade officials who immediately arrived on the scene and rescued the persons trapped in the fire. While Gaganpal and his wife had died by the time they were rescued, their children were gasping. They along with the maid were sent to Capital Hospital,” said Subrat.

Sources said the children and the maid died on their way to the hospital.

“By the time the five persons were rushed to the hospital, they were all dead,” the Capital Hospital authorities said.

The bodies have been kept the mortuary for post-mortem.