India   All India  03 Sep 2018  Two days after launch, Ayushman Bharat has its first baby in Haryana: Karishma
India, All India

Two days after launch, Ayushman Bharat has its first baby in Haryana: Karishma 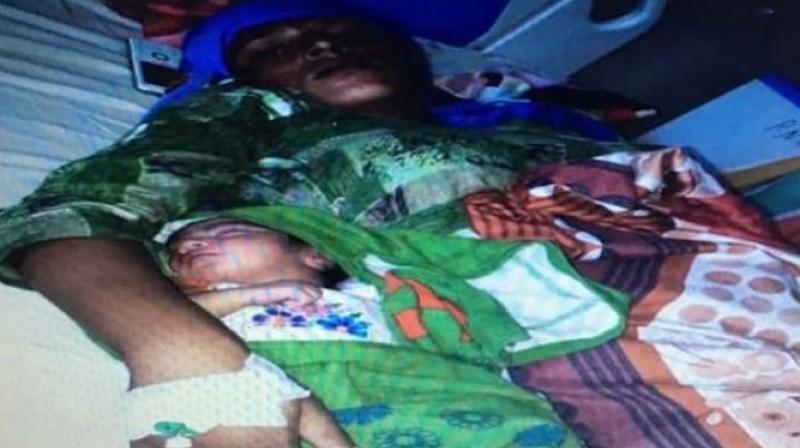 Karnal: Mousami, a resident of Karnal’s village Ghisarpuri in Haryana, becomes the first beneficiary under the Narendra Modi government flagship programme, Ayushman Bharat Yojna, when the hospital was reimbursed Rs 9,000 for the birth of her daughter.

Mousami gave birth to Karishma on August 17 at the Kalpana Chawla Government Hospital through cesarean section.

She is the first person to be treated under the Ayushman Bharat scheme in the state and the claim amount was paid to the treating hospital on August 31, news agency PTI reported an official spokesperson saying.

Lauding the scheme, Mousami, who received a benefit of Rs 9,000 said, "The government will bear all medical expenses. This scheme is very good."

"Heartening to see the first claim raised and paid under the Ayushman Bharat scheme, for the cesarean delivery of baby girl in Haryana," Chief Minister Manohar Lal Khattar said in a tweet.

“What could be a better omen than starting the pilot with a girl child?” Ayushman Bharat CEO Indu Bhusan said.

Ayushman Bharat, popularly called 'Modicare', was announced by the government during the Budget Session of Parliament this year. The ambitious healthcare programme promises to cover over 10 crore poor and vulnerable families, based on the database of Socio-Economic Caste Census. Under the programme, underprivileged families will get up to Rs 5 lakh per family for hospitalisation.

The beneficiaries will be allowed to take cashless medical facilities from any empanelled public or private hospitals across the country. Haryana rolled out  Pradhan Mantri Jan Arogya Yojana (PMJAY) in 26 hospitals in the state on the same day Prime Minister Narendra Modi announced it in his Independence Day speech. Hours later, Mousami, was admitted to the Kalpana Chawla hospital for delivery. Two days later, Karishma was born.

The government in a statement claimed that as many as 29 states and union territories have signed up for implementing the Ayushman Bharat scheme but Delhi and Odisha have said they will implement their own state health programmes. While Odisha Chief Minister Naveen Patnaik announced the Biju Swasthya Kalyan Yojana in Bhubaneswar on August 15, Delhi Chief Minister Arvind Kejriwal questioned why tag the Prime Minister's name with the scheme.

The Centre has allocated Rs 10, 000 crore for the ambitious healthcare programme.