According to eyewitnesses, the building collapsed while some people were attending an event organised by a local resident on ground floor. 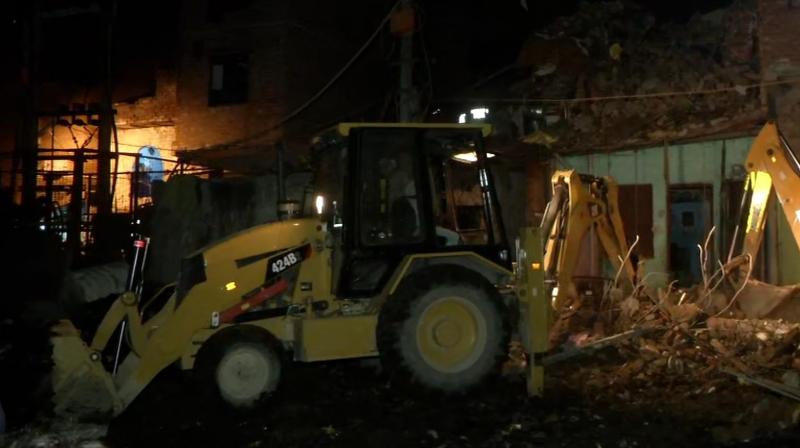 "Two dead bodies were recovered from the site. The locals have said that close to five people were trapped in the area, out of which three were recovered and sent to the hospital for treatment. We also conducted a canine search to find out if there are any more people trapped in the debris but could not find anything," Balwan told ANI here.

The two deceased have been identified as Moni (21) and Mohammed Yaseen (65) while Arman, Sahajan Begum and Samshudin were injured in the building collapse in K Block of JJ Colony on Monday night.

According to the locals, the under-construction four-storey building collapsed on Monday night which led to its debris falling on the nearby building leading to the deaths and injury to its occupants.

The fire department got a call about the incident at 11:29 pm, following which six fire trucks were sent to the site, a senior Delhi Fire Service official said.

He said some people could be trapped under the debris and rescuers are looking for survivors.

Six people have been rescued so far, the official added.

One of the dead has been identified as Heena, 22. The police are trying to find out the identity of the other person who died when the building fell. "My sister was killed in the incident," said Danish, Heena's brother.

According to eyewitnesses, the building collapsed while some people were attending an event organised by a local resident on the ground floor.