District officials told that upon enquiry it came to fore that journalist allegedly ‘manipulated’ whole episode and hatched the conspiracy. 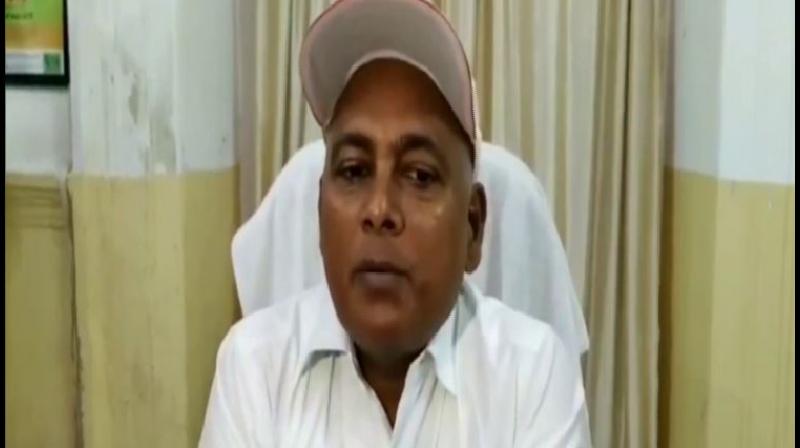 ‘He should have taken a snapshot of the incident and if he felt that there is some irregularity then he should have reported on it,’ DM Anurag Patel said. (Photo: ANI)

Mirzapur: The district magistrate Anurag Patel on Tuesday affirmed that the case against the journalist who made the video of children being served chapatis and salt in mid-day meal at a primary school here was justified.

"He was saying that people should come and assemble for making the video of the incident. He should have taken a snapshot of the incident and if he felt that there is some irregularity then he should have reported on it. This situation was not existing in the district for many days. It happened only on one day," the DM said.

Earlier, a case was registered against the scribe who made the video of children being served chapatis and salt in mid-day meal at a primary school at Hinauta village here on August 22.

District officials told that upon enquiry it came to fore that the journalist allegedly "manipulated" the whole episode and hatched the conspiracy.

"The incident is of August 22. CDO, SDO and ADM conducted the enquiries and it was found that the Chapati and salt were given as a part of the conspiracy and the Journalist manipulated the whole episode. Subsequently, FIR is registered in the case," said Prem Shankar Ram, Block Education Officer.

Meanwhile the journalist, Pawan told that he has been implicated after the case became "high-profile".

"Government employees were suspended on the basis of the initial five enquiries in which my involvement was found nowhere. However, in the sixth enquiry, I was made accused. I went there to record the whole episode on the complaint of common public," said Pawan who works with a local newspaper.

On August 22, children in a primary school in Hinauta village were served Chapatis and salt instead of vegetable or pulses along with milk and fruits for their lunch as part of the mid-day meal scheme.

After being intimated about it, district authorities called it "a serious lapse" and initiated an inquiry into the incident at Siyur primary school in Hinauta village. A teacher was also suspended in this regard.

The administration had reportedly registered an FIR against people who were allegedly involved in the incident.