India   All India  03 Sep 2019  Here are some reactions after Abhinandan Varthaman trims his gunslinger moustache
India, All India

Here are some reactions after Abhinandan Varthaman trims his gunslinger moustache

Videos and photos from Monday's flight of the MiG-21 however, showed that Varthaman had shaved off the moustache. 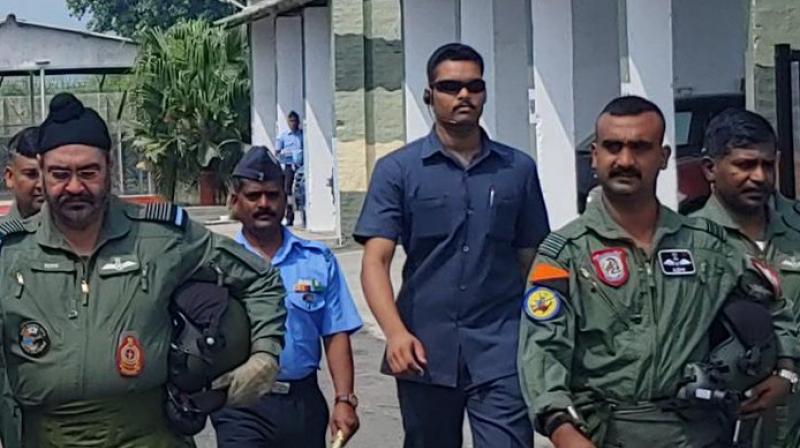 He was recently awarded the Vir Chakra for shooting down a Pakistan fighter jet in a dogfight earlier this year. Varthaman had been taken captive by Pakistan after being shot down over Pakistan-occupied Kashmir in a dogfight which came in response to the Pulwama terror attack.

He was released two days after his capture, which de-escalated tensions between India and Pakistan.

During the negotiations after he was captured, Varthaman had become the face of the crisis - and what made him recognisable was his signature gunslinger moustache.

Videos and photos from Monday's flight of the MiG-21 however, showed that Varthaman had shaved off the moustache.

He is back on duty.. missing that Moustache ❤️#AbhinandanVarthaman pic.twitter.com/FTOSJbSIoE

Abhinandan's classic gunslinger moustache that once spoke louder than words is now trimmed.
Men salons are going to be busy from tomorrow onwards.
Shave it like #Abhinandan 🛩 pic.twitter.com/9tGB4pO3ZW

Abhinandan minus his signature moustache but great that he quickly came back to flying pic.twitter.com/fvc9TcUjxg

NOOOOOOOOOO! Why Abhi, why? https://t.co/BR3N5zHEVq

But where are his,Veer Chakra awardee's signature moustaches.... #gunslinger https://t.co/1HAm1XQiS3

Hero is going back to fly again.wing commander finally returning back in the field. But missing that moustache😢 #realhero #AbhinandanVarthaman

Very happy to see him back but where is the Abhinandan trademark mustache ? 🤨 #AbhinandanVarthaman pic.twitter.com/sfmRMPFCPn