India   All India  03 Sep 2019  UP govt seeks fresh report on salti-roti incident after facing flak for FIR against journalist
India, All India

‘We have cordial relations with the media fraternity,’ UP Basic Education Minister Satish Dwivedi said. 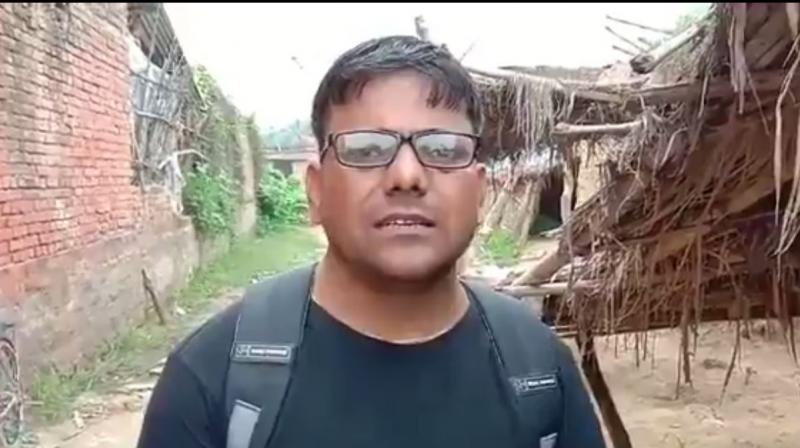 ‘Initially, we had taken action based on the media reports as we are committed to credibility and we wanted to send a stern message to the culprits,’ he also said. (Photo: video screengrab)

Lucknow: The UP government, facing flak for an FIR against a journalist who broke the story of salt and roti being served as mid-day meal, has sought a fresh report from the Distrist Magistrate in the case.

Speaking exclusively to News18, newly sworn-in Basic Education Minister Satish Dwivedi said: “We are not muzzling the media’s voice, rather we respect media’s independence. We have cordial relations with the media fraternity. The government has sought a fresh report in the case, based on which necessary action will be taken. Initially, we had taken action based on the media reports as we are committed to credibility and we wanted to send a stern message to the culprits. Later, some more facts came to light on the basis of which subsequent action was taken.”

Almost a week after a video showing children from a government school in Uttar Pradesh’s Mirzapur district eating rotis with salt as their mid-day meal, the state government booked journalist Pawan Jaiswal who reported the incident. Jaiswal, who works with Jansandesh — a Hindi publication — was booked for criminal conspiracy. Two more people who alerted Jaiswal of the act, including the representative of the village concerned, have been booked for “cooking up” the story and “putting forth wrong facts”.

On Monday, Jaiswal had posted a video message and alleged that he was being used as a scapegoat in the case as the matter came to the notice of UP Chief Minister Yogi Adityanath. In the video he is quoted as saying, “I reached the spot on August 22 and informed assistant BSA Brijesh Kumar Singh before going to the school. I shot the first video at 12.07pm when the kids were being served salt and roti. I then informed my seniors who in turn had informed District Magistrate about it. The DM then reached the spot and took action against those who were responsible,” Jaiswal said.

“The district administration, in a bid to save itself, blamed me for the entire episode and registered cases against me. This is a direct attack on journalism; I am being used as a scapegoat in the case by the administration,” added Jaiswal.

The Editors Guild of India too had criticised the move.