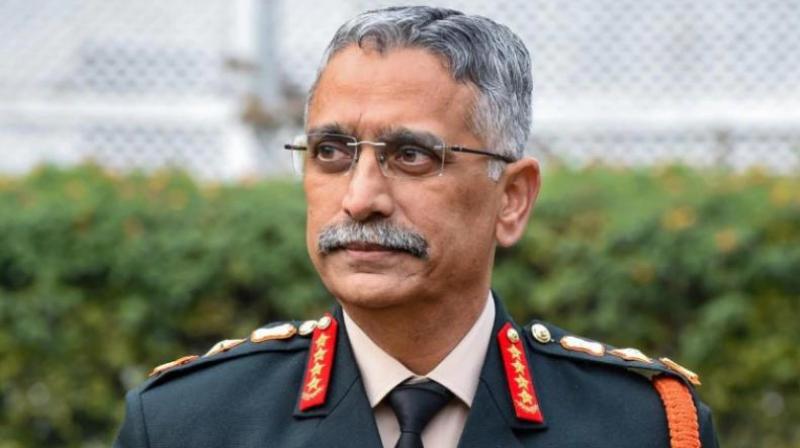 New Delhi: Army Chief Gen MM Naravane began a two-day visit to Ladakh on Thursday to carry out a comprehensive review of the security situation in the region in view of China's fresh attempts to change status quo along the southern bank of Pangong lake, official sources said.

Gen Naravane will be briefed about the evolving situation by top Army commanders overseeing deployment of troops as well as India's combat readiness in the region, they said.

"The Chief of Army Staff is on a two-day visit to Leh to review operational preparedness in Ladakh region," said a source.

Tension escalated in the Pangong lake area after China unsuccessfully attempted to occupy certain areas in the southern bank of Pangong lake following which India rushed in additional troops and weapons to the sensitive region.

On Monday, the Indian Army said the Chinese military carried out "provocative military movements" to "unilaterally" change the status quo on the southern bank of Pangong lake on the intervening night of August 29 and 30 but the attempt was thwarted by the Indian troops.

External Affairs Ministry Spokesperson Anurag Srivastava on Tuesday said the Chinese People's Liberation Army(PLA) was engaged in "provocative action" again a day earlier when the ground commanders of the two sides were holding talks to ease the situation.

Following the attempts, the Indian Army strengthened its presence in at least three strategic heights in the southern bank of Pangong lake.

Some "readjustments" in deployment of troops were also carried out on the northern bank of the Pangong lake on the Indian side of the Line of Actual Control (LAC) as part of precautionary measures, the sources said.