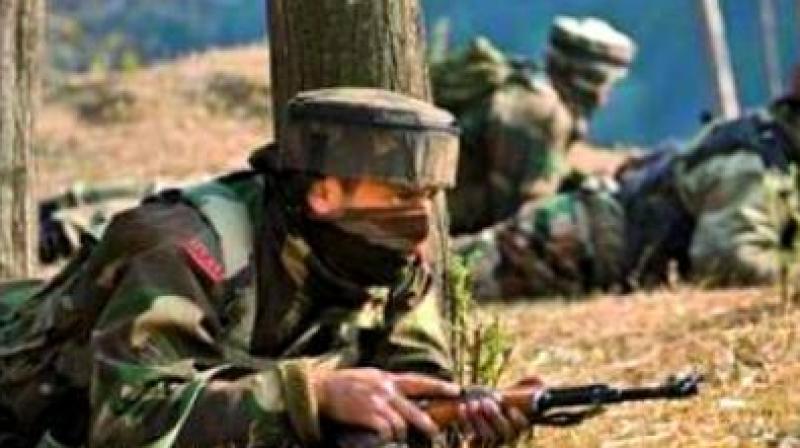 SRINAGAR: In the second such incident in the past four days, another Junior Commissioned Officer (JCO) of Indian Army was killed in a sniper attack from across the Line of Control (LoC) in Jammu and Kashmir’s Rajouri district on Wednesday.

Meanwhile, six structures including four residential houses, a government school building and a madrassa (Islamic religious school) were damaged in cross-LoC firing in Gurez sector of Kashmir Valley on Wednesday, the officials said.

The Army and police officials said that a Naib Sebedar posted at a forward location in the Tarkundi area along the LoC was killed after being targeted from across the de facto border. Earlier the facing armies had exchanged small arms fire for some time in this area without causing any casualties or damage on the Indian side, the officials said.

On August 30, Naib Sebedar (JCO) Rajvinder Singh of 1 Sikh Regiment-a resident of Amritsar- was killed possibly in a sniper attack in the LoC’s Nowshera sector in Rajouri.

They said that the Pakistani troops targeted two forward Indian Army posts near Tarabal in Bagtore area of Gurez with light machine guns, which was "effectively retaliated (to)".

The police sources said that the intermittent exchange of fire between the two sides stopped after a few hours. It is not known if any casualties or damage occurred on the other side of the LoC.

The Indian and Pakistani armies and border guards often clash along the LoC and also International Border (IB) in J-K.

As per official statics, 17 Army and BSF personnel, three civilian porters working for the Army, seven militants and infiltrators and an equal number of civilians were killed in the incidents of cross-border firing and shelling, clashes and sneak attacks carried out by militants along the LoC and 198-km stretch of IB with Pakistan, so far, this year.