India   All India  03 Oct 2018  Why financial inclusion and financial literacy needs to have priority status in India
India, All India

Financial inclusion can only happen concurrently with financial literacy, which are twin pillars to mitigate poverty. 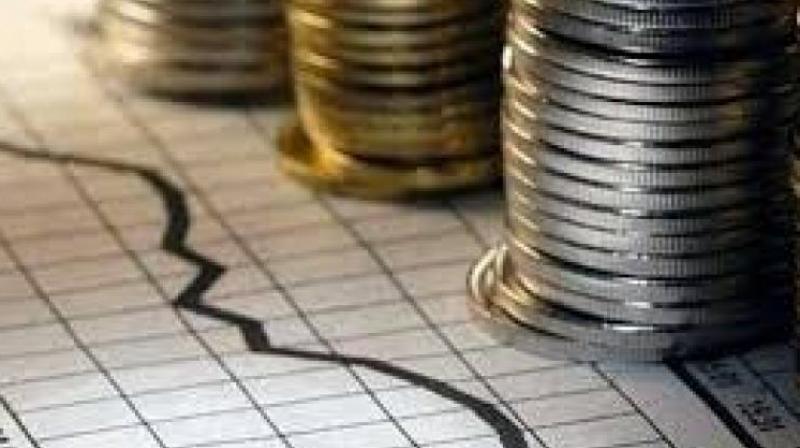 The objective of imparting financial literacy is to spearhead a revolution to change the investment habits of rural India and the middle classes through easily understandable education modules, pre-tested for their learnability before dissemination. (Representational image)

Financial inclusion has the potential to become one of the most robust force multipliers that can propel the next growth revolution in India in the 21st century, increasing GDP by close to a percentage point, provided policymakers pull the right levers. That pace of inclusion will be determined by how fast the erstwhile unbanked population can be taught the basics of finance through a concerted government and private outreach, and by demystifying financial jargon, so as to make informed financial choices which will enable them to participate in the formal economy. This in turn would have a positive cascading effect on banking, housing and insurance industries.

The first move was made with the Jan Dhan Yojana, with 32.4 crore accounts having been opened under the PMJDY, having garnered as much as 81,000 crores in deposits, so 80 per cent of the population now have bank accounts. Hereafter, the challenge is how to activate most of these accounts that have remained near-passive since inception and convert them into yields that accrue recurrent income for the holders. Because if account holders do not know how to optimise the financial options open to them, policies, schemes and financial instruments mean little.

The objective of imparting financial literacy is to spearhead a revolution to change the investment habits of rural India and the middle classes through easily understandable education modules, pre-tested for their learnability before dissemination. Once financial literacy penetrates to the bottom of the pyramid, micro and small investors will have conviction that savings from wages leads to asset creation, which can be within every Indian’s reach. India fortunately has one of the world’s most stringent and well-regulated financial markets, and one of the highest savings rate in the world, both data points which must be optimised.

Hastening financial literacy that leads to financial inclusion can be implemented through both tele-learning and mobile learning, with participants learning from home, where learning e-capsules are government accredited, and then relayed and accessed from home. This could be as easily learnt through stay-at-home learning, for example, through Tata Sky and other service providers with the same ease as one can learn cooking or speaking English for Rs 10 per day. The concept to replicate is the ease with which subscribers of smartphones took to operating WhatsApp, YouTube and Facebook, making it necessary that literacy lessons delivered are dumbed-down versions and easily absorbed by simplifying the vocabulary of finance.

An added module for imparting educational, financial, vocational and digital literacy can be if the government begins its own equivalent of the entertainment streaming “Netflix” service. This innovative modus of delivery can begin by the streaming of all forms of education through an “Edu-Flix” subscription, as also through the national Doordarshan channel to bypass the formal onsite method of physical learning, in order to leapfrog to virtual learning, as a “Government of India not- for-profit initiative”.

Because education outlays are just three per cent of GDP, as also upgradation of skilling has lagged way behind the requirements of industry 4.0. Herein, what will accelerate the pace of literacy is by optimising some very encouraging data points just released: that India’s growing digital profile is seen in current figures where in a country of 130 crore people, we have 121 crore mobile phones, 122 crore Aadhaar cards, and 50 crore Internet users. Televised education can thereby offset the huge shortage of qualified trainers.

There is now an emerging worldwide mega trend that is gaining traction of governments developing national strategies to accord financial literacy absolute and foremost priority in policy-making. In order to spearhead a financial revolution, Niti Aayog’s initiative is in sync with the global priority accorded to financial inclusion and financial literacy unanimously by the World Bank, the EU, G-20, and OECD, as also the Bill Gates Foundation. However, how fast India can accelerate the pace of inclusion and play catch-up to the World Bank’s goal to reach Universal Financial Access (UFA) by 2020 poses a big challenge. Because as per a recent global survey by Standard & Poor’s Financial Services LLC (S&P), though India is home to 17.5 per cent of the world’s population, yet nearly 76 per cent of its adult population does not understand even the basic financial concepts.

If we don’t have a clear and implementable roadmap, as a society we are going to be confronted with multiple unknowns in the future, as there are looming fears because of increased life expectancy necessitating more money for sustenance; healthcare costs are increasingly prohibitive and inflationary; job losses due to automation over the next 10 years are expected to grow; and globally, 500 million people have experienced a decrease in household income between 2002 and 2017.

According to the Oxfam 2018 survey, the richest one per cent in India cornered 73 per cent of the wealth generated in the country last year, presenting a worrying picture of rising income inequality. Besides, 67 crore Indians comprising the population’s poorest half saw their wealth rise by just one per cent. So we can imagine just how long would it take for the marginalised to climb out of poverty. According to the Barclays Hurun India Rich List 2018, the number of Indians with a net worth of Rs 1,000 crores has increased by 34 per cent in one year, making India the fastest growing rich list in the world. So while the top strata grew at a meteoric rate, de-escalating the rate of gross poverty will take decades. This substantiates French economist Piketty’s theory that the affluent have a firstmover advantage through the compounding power of savings or inheritance, while the income of the poor never grows even at the pace of the GDP of a nation. This is because “great wealth adds unearned rentier income to earned income, further ratcheting up the inequality process.”

So if the richest one per cent Indians cornered most of the wealth, we need to mainstream and help the excluded 99 per cent to also build upwards after forming a sound financial base. This opportunity cannot be scoffed at, as the base of the pyramid of low-income groups represents sizeable low-hanging fruit, with the potential to eventually convert into demographic dividends India has long awaited.

Bindu Dalmia is an author, columnist and chairperson Niti Aayog for Committee on Financial Inclusion and Literacy