Alarm over pollution of oceans

That the seas are no more safe from plastic invasion is common knowledge. 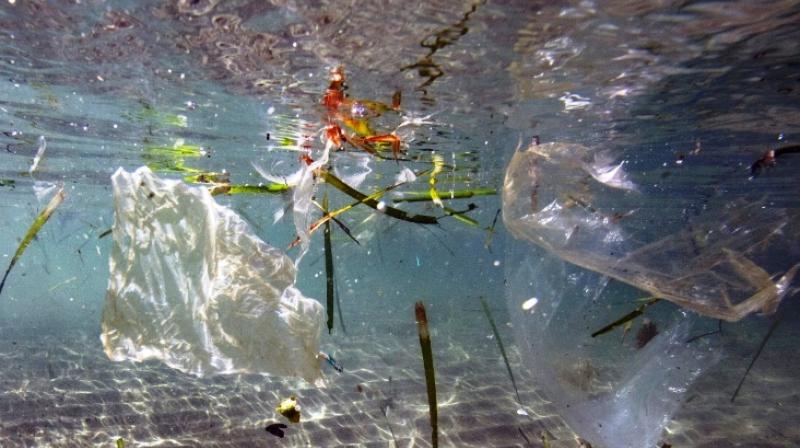 But of late, the danger has travelled far deep, forcing scientists to press the alarm button.

Kochi: That the seas are no more safe from plastic invasion is common knowledge. But of late, the danger has travelled far deep, forcing scientists to press the alarm button.

The Andaman seas in the Bay of Bengal and an area named Terrace of Trivandrum (ToT) in 25,000 sq km area in Arabian Sea off the Kerala capital are among the areas worst polluted by plastics, according to scientists with the Centre for Marine Living Resou-rces & Ecology (CMLRE), Kochi. “We recovered about 300 kg of plastics from ToT in 14 trawling sessions conducted as part of a fishery survey,” Dr M.P. Rajeesh Kumar, a scientist with CMLRE, said.

Apart from plastic waste, there is remarkable presence of biomedical waste in the ToT area, Dr Kumar said, adding: “The area is unique in terms of bio-diversity and macro faunal biomass.”

Dr Kumar said that the scientists were surprised to see so much of plastics at such a depth in ToT. “The Arabian Sea is polluted more than other regions with plastics but the case of ToT is even worse. We never could see so much of plastics in such a depth of over 1 km anywhere else,” said Dr Rajeesh Kumar adding that water currents may be the deciding factor in drawing such amount of plastics to the area. “Studies are taking place to find the exact reason,” he said.

“The bane of Andaman and Nicobar Islands is the over-exposure to tourism and the unmindful dumping of plastic by the tourists. We also thought it to be a pristine island but were surprised at finding the plastic pollution. Uninhabited islands like Rose Island have become worst victims. Floating plastic bottles and plastic cans dot the area and we could also see all the plastics come together and filled an area in the sea face. At this rate, the island is doomed in another 20-25 years. So it is high time the administration put curbs on the unmindful use of the plastics in the area by the tourists,” said Dr Rajeesh Kumar. The CMLRE scientists said that 80 per cent of the pollution of oceans comes from land-based activities.

“We spotted the invasion of plastic while trawling in these areas in the ship. We conducted the 14 trawling operations in ToT area  in the past one and a half years.