It is unclear whether the issue will figure during Ms Hasina’s talks with Mr Modi. 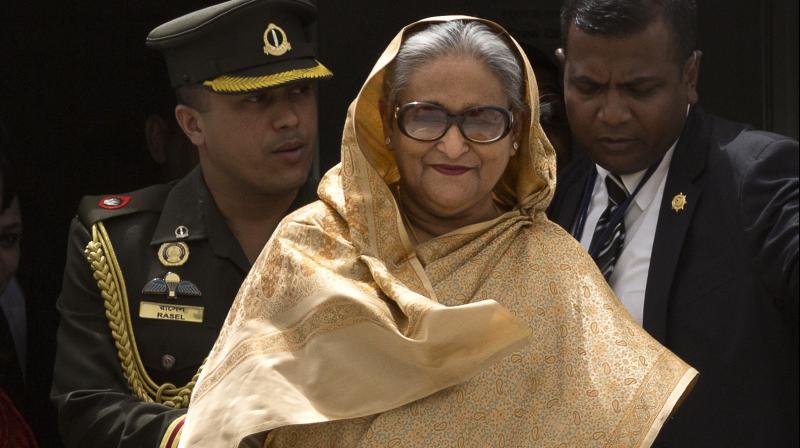 New Delhi: Bangladesh Prime Minister Sheikh Hasina will land in New Delhi on Thursday for a four-day official visit during which she will address business conferences in the Capital before holding bilateral talks with Prime Minister Narendra Modi. The two leaders will “jointly inaugurate three bilateral projects via video link” and the two countries are expected to ink several agreements after the talks.

Incidentally, the visit is taking place in the wake of the controversy over the National Register of Citizens (NRC) in Assam even as Bangladesh has been consistently maintaining that it will not take back any alleged illegal immigrants on the completion of the NRC process in the north-eastern Indian state. Bangladesh maintains that any alleged illegal immigrants in India are not Bangladeshis. It is unclear whether the issue will figure during Ms Hasina’s talks with Mr Modi. If it does, Bangladesh is likely to once again set the record straight on its stand.

In that scenario, India may find itself in a spot on what to do with over 19 lakh (1.9 million) people who have been left out of NRC in Assam even though New Delhi continues to emphasise that all legal remedies are open to these people. The MEA had earlier reiterated that the NRC is a transparent legal process monitored by the Supreme Court and that the NRC process is India’s “internal matter”.

It may be recalled that the MEA had last month said those who didn’t find their names in the NRC are not “stateless” and will continue to enjoy all the rights of citizens until they exhaust all the remedies available under law. The MEA had also said exclusion from the NRC has no implication on the rights of an individual resident in Assam and that they will not be deprived of any rights or entitlements which they have enjoyed before till they exhaust all legal remedies available to them as per law.

The NRC had been prepared to reportedly identify Indian citizens living in Assam since March 24, 1971 or before. Out of 3.3 crore applicants, over 19 lakh people were excluded from the final NRC published recently.

The MEA added, “Apart from a number of agreements that are to be exchanged between the sides during the visit, the two Prime Ministers will also jointly inaugurate three bilateral projects via video link. Prime Minister Sheikh Hasina will also participate as Chief Guest at the India Economic Summit organised by the World Economic Forum on October 03-04, 2019.”