Shah said that Art 370 was 'biggest roadblock' in state's development and within 10 years, it will be one of the most developed regions. 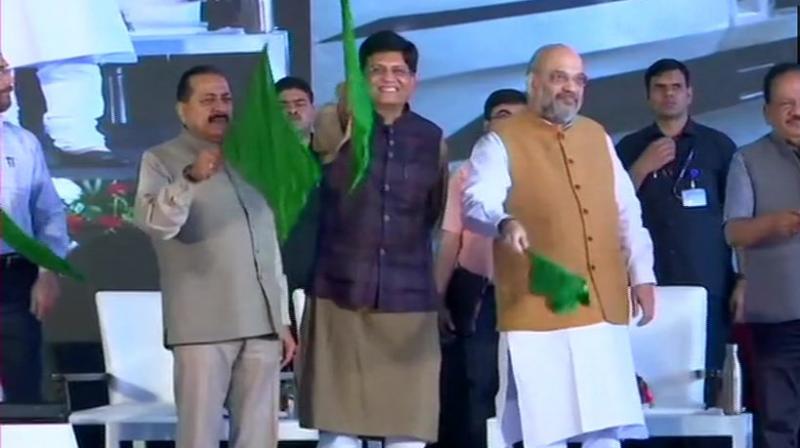 New Delhi: Union Home Minister Amit Shah on Thursday flagged off the Delhi-Katra Vande Bharat Express from the New Delhi Railway Station and said it was a "big gift" for Jammu and Kashmir's development.

Shah also said that Article 370 was the "biggest roadblock" in the state's development and within 10 years, it will be one of the most developed regions of the country.

En route, the train will halt at Ambala Cantt, Ludhiana and Jammu Tawi for two minutes each. On the return journey the same day, train number 22440 Katra-New Delhi Vande Bharat Express will leave from the Katra Railway Station at 3 pm to reach the New Delhi Railway Station at 11 pm.

Train 18 will ply on all days of the week except for Tuesday. "Railways will connect country from Kashmir to Kanyakumari before 15th August, 2022," said Railway Minister Piyush Goyal.

Shah also said that, "Railways should document its relationship with Mahatma Gandhi as it forms a significant episode in the freedom struggle." This is the second Vande Bharat Express, the first runs between Delhi and Varanasi.