Bihar: Orange alert today as death toll due to floods rises to 55 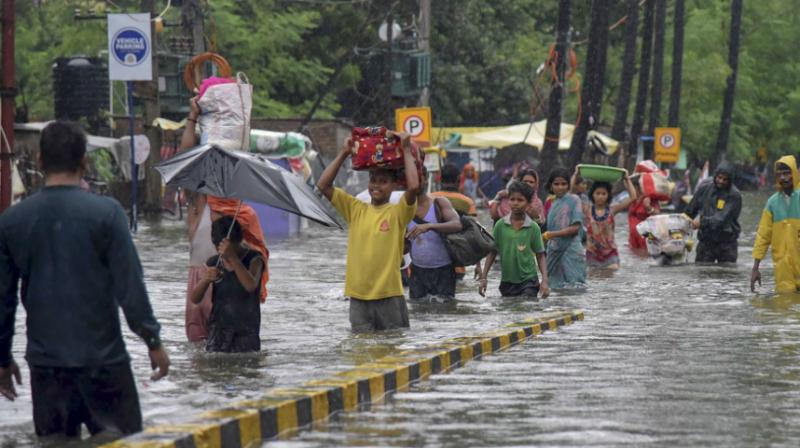 The relentless rains that took place between September 27 and 30 have left parts of the state in a dire condition with the death toll touching 55. (Photo: PTI)

New Delhi: An orange alert has been issued for several regions of Bihar including Patna for October 3 and 4 as heavy rainfall is expected in the areas. The relentless rains that took place between September 27 and 30 have left parts of the state in a dire condition with the death toll touching 55.

Since Monday, the restoration works have been on in full-swing and government relief workers have been hard at work, trying to pump the water out of the submerged localities. The Indian Meteorological Department (IMD) has predicted heavy rainfall in Patna, Vaishali and Khagaria districts. The National Disaster Response Force (NDRF) has rescued ten thousand people from the state capital.

Five teams were deployed in Patna's Rajendra Nagar and Kankarbagh alone to assist people. The Indian Air Force has also been air dropping relief material to the flood-affected areas.

Earlier this week, Chief Minister Nitish Kumar waded through water-logged streets, with his pyjamas folded up to knees, supervising rescue and rehabilitation work. "All possible efforts are being made. People are urged to have patience. The worst affected localities like Rajendra Nagar and Kankar Bagh are in low-lying areas and hence vulnerable to water-logging.