Sources say this may be an indication that Singh may join the BJP soon, though she denies it. 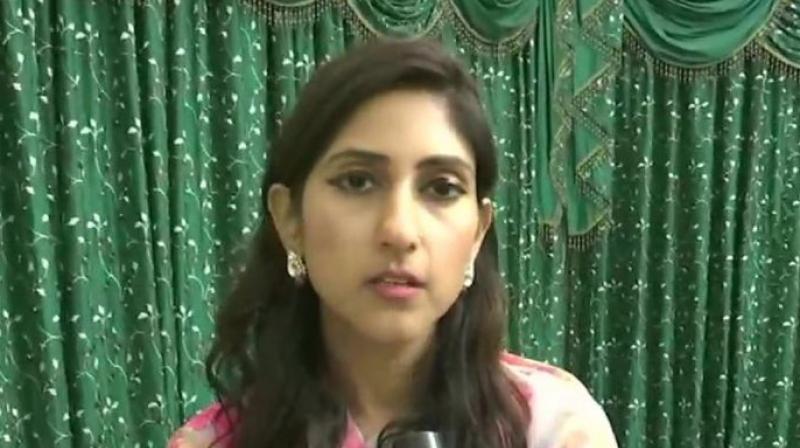 Aditi's father Akhilesh Singh was close to the Gandhi family and she is known to be close to Priyanka Gandhi, but despite the Congress general secretary's presence in Lucknow for a march, Singh did not participate in it, NDTV reported.

Sources say this may be an indication that Singh may join the BJP soon, though she denies it on record.

The Rae Bareli Lok Sabha seat has five assembly segments of which two are currently with the Congress, two with the BJP and one with the Samajwadi Party.

The BJP candidate who fought the Lok Sabha polls against Sonia Gandhi is Dinesh Singh, the brother of the Congress MLA from the Harchandpur seat in Raebareli.

Dinesh Singh joined the BJP just before the Lok Sabha polls and though his brother remains with the Congress officially, many say it's just a token presence.

If Aditi Singh does switch over, it will be a big jolt to the Congress.

Rae Bareli is the Congress's only Lok Sabha seat from Uttar Pradesh.

Sonia Gandhi's victory margin in Rae Bareli dropped in the national election and her son and former Congress president Rahul Gandhi lost the election from the neighbouring Amethi seat to the BJP's Smriti Irani.