'Modi and his Home Minister keep saying that they will bring NRC in India. They are forgetting that there is Constitution,' Owaisi said. 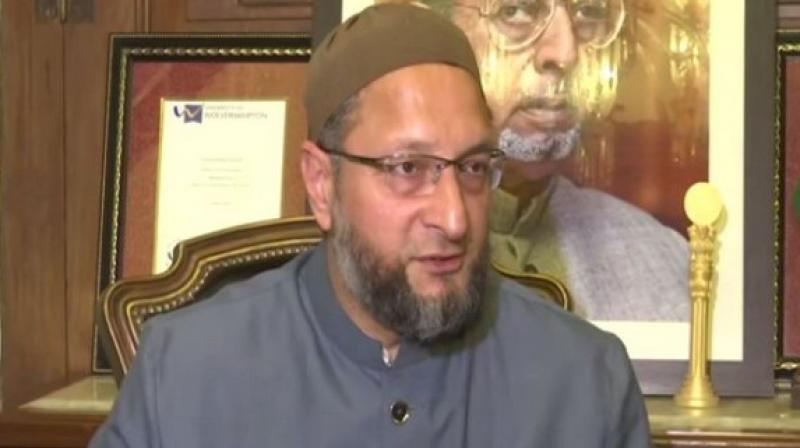 The AIMIM had on September 10 announced its first list of candidates. (Photo: File)

Aurangabad: Mahatma Gandhi's assassin Nathuram Godse had killed him once, but modern-day "Godses" are killing Gandhi's India on a day to day basis, according to Lok Sabha MP and AIMIM president Asaduddin Owaisi.

The party on Wednesday announced the seventh list of three candidates for the ensuing Maharashtra Assembly elections scheduled to be held on October 21. Ayesha Mohammed Qazi will contest on the party ticket from Miraj, Syed Taher Hussain Moinuddin will contest from Ahmedpur, and Zahid Ibrahim Shaikh will contest from Hadapsar constituency.

The list was finalised "with the approval of party chief Asaduddin Owaisi", it said.

On Wednesday, Owaisi had announced Amit Kumar Sanjay Ajnalkar to be the party candidate from Solapur (South) constituency in the ensuing Maharashtra polls.

The AIMIM had on September 10 announced its first list of candidates.

The party's Maharashtra unit chief Imtiaz Jaleel had last week said that the Assembly elections in Maharashtra and Haryana posed an opportunity for the public to "change the atmosphere in the country".

The Election Commission has scheduled the single-phase voting for Maharashtra Assembly elections on October 21 and counting of votes will be held on October 24.