The merger of Hyderabad into the Indian Union after “police action” took place in 1948. 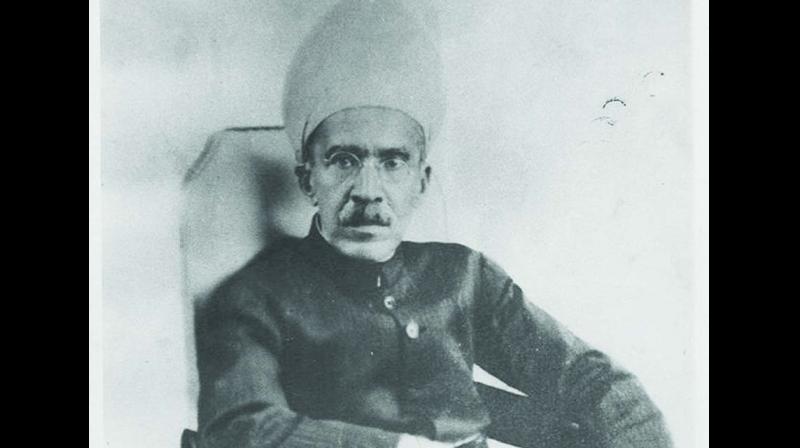 New Delhi: India on Wednesday won a historic 70-year-old court battle in Britain against Pakistan in the £35 million Hyderabad funds case, wherein the UK high court ruled in favour of the seventh Nizam (Mir Osman Ali Khan) and his grandsons (representing India), but a furious Pakistan attacked the judgment and questioned the accession of Hyderabad to India.

After its recent offensive on the Kashmir issue, Pakistan accused India of “illegally annexing Hyderabad in violation of international law and all civilised norms”, and claimed the Nizam of Hyderabad had to make “desperate efforts to defend his people and the state from Indian invasion”. Pakistan’s claim that the fund deposited with its high commissioner Habib Ibrahim Rahimtoola by the seventh Nizam in 1948 (reportedly £1 million then) as payment for arms shipments — to thwart the merger of Hyderabad into the Indian Union — or as an outright gift was apparently rejected by the UK high court. The merger of Hyderabad into the Indian Union after “police action” took place in 1948.

Explaining the decades-old background of the case, the external affairs ministry said: “The UK high court today upheld the claims of India in the 70-year-old £35 million fund that is being held by National Westminster Bank in London. The fund had been held in the account of the high commissioner of Pakistan to UK Rahimtoola since September 1948. It had been the subject of earlier proceedings in the 1950s in which the House of Lords set aside the proceedings brought by the 7th Nizam of Hyderabad claiming the fund as Pakistan invoked state immunity.”

But seven years back, a development took place which proved significant. “In 2013, Pakistan commenced fresh proceedings herself, thereby waiving state immunity. A subsequent attempt by Pakistan to discontinue the proceedings was rejected as an abuse of process by the UK court,” the MEA said.

Explaining the order, the MEA said: “In the judgment today, the UK high court has rejected Pakistan’s claim that the fund had been intended as payment for arms shipments or as an outright gift. The court has held that beneficial ownership in the fund as in 1948 lay with the 7th Nizam, and that it had been held on trust to his benefit and that of his successors in title since then. Having found that the 7th Nizam was beneficially entitled to the fund, the court concluded that those claiming the rights of the 7th Nizam — India and the two grandsons of the Nizam — were now entitled to have the fund.”

But a livid Pakistan hit back, saying: “The ruling does not take into account the historical context of the transfer when India illegally annexed Hyderabad in violation of international law and all civilised norms, leading the Nizam of Hyderabad to make desperate efforts to defend his people and the state from Indian invasion. The Nizam also raised the matter with the UN Security Council, where the issue remains on the agenda to date. The Nizam, as a sovereign, approached Pakistan for assistance, which the Government of Pakistan provided. Pakistan is closely examining all aspects of the detailed judgment and will take further action in light of the legal advice received.”

Commenting further, Islamabad said: “Pakistan has taken note of the judgment by the High Courts of Justice of the UK in the Hyderabad Fund Case, today, after a 2-week trial in June 2019.  The judgment rejects the long-standing claims of the two major parties and upholds the claims of the heirs of the Nizam of Hyderabad.”

The court order was further quoted in these reports as stating: “(It) is appropriate to record that the Nizam’s successor in title can be no one other than the princes or India... I have seen no hint of the possibility of any further claimant to the fund, beyond the princes and India. In these circumstances, Nizam VII was beneficially entitled to the fund and those claiming in right of Nizam VII – the princes and India – are entitled to have the sum paid out to their order. I will leave it to the parties to frame an appropriate form of order for my approval.”

Meanwhile, analysing the judgment in its favour, India said: “The court has issued a wide-ranging judgment today after analysing documentation going back more than 70 years and embracing the law of constructive and resulting trusts, unjust enrichment, foreign act of state, illegality and limitation of actions. The court rejected arguments advanced by Pakistan that the dispute was non-justiciable, either in whole or in part; that the doctrine of illegality somehow barred recovery; or that the claims of other parties were time-barred. The court held that Pakistan’s pleading of limitation was an ‘abuse of process’, and that remedies in trust law and restitution were available against both Pakistan and the bank.”