Summit to take place late next week, dates being finalised. 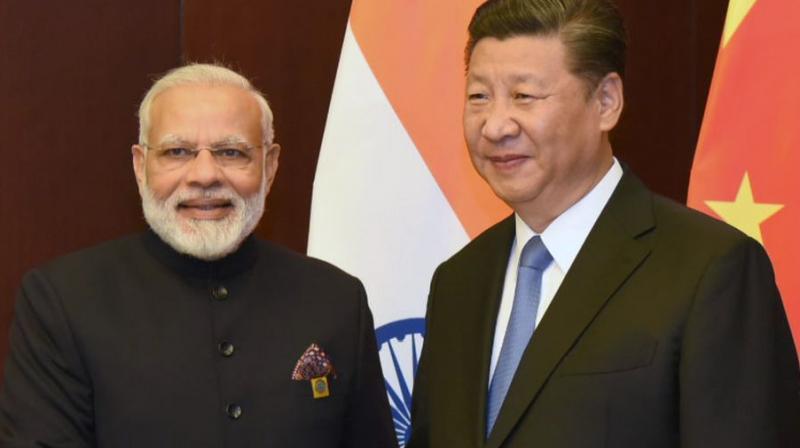 He had also said that there would be “no” rethink on India’s earlier decision not to join the Chinese Belt and Road Initiative (BRI) connectivity project. (Photo: File | AFP)

New Delhi: The countdown has begun for the second informal summit between Chinese President Xi Jinping and Prime Minister Narendra Modi expected to be held at Mahabalipuram (also known as Mamallapuram) near Chennai late next week, with the dates and venue likely to be officially announced later this week or early next week.

But there is considerable bewilderment over the reason for such an expected late official announcement, with speculation that it may have to do with security reasons regarding the Chinese President’s forthcoming visit. The Chinese side is also understood to be keenly monitoring reports of the conduct of a military exercise by the Indian Army in Arunachal Pradesh which China regards as part of its territory.

The expected late announcement also comes given the fresh strain on Sino-Indian relations after China — at the behest of its all-weather friend Pakistan — had insisted a few weeks ago on discussing the Kashmir issue at a meeting for informal consultations of the UN Security Council  (UNSC) member-countries. New Delhi was unhappy over those developments.

Chinese ambassador Sun Weidong had said last week that both nations need to “properly address” differences through dialogue and that they must go beyond the “mode of differences management” and focus on actively shaping bilateral relations. Speaking at a function, he had also said that his country “will never bully others nor will it be bullied”. Beijing had celebrated the 70th anniversary of establishment of the People’s Republic of China (PRC) on Tuesday.

External affairs minister (EAM) S. Jaishankar had also pointed out last month that there was “no skirmish” but rather a “face-off” between Indian and Chinese troops recently on the banks of the Pangong Tso lake in India’s Ladakh region that is part of J&K state and that it was resolved as per the existing bilateral mechanisms in place between the two countries.

He had also said that there would be “no” rethink on India’s earlier decision not to join the Chinese Belt and Road Initiative (BRI) connectivity project. In another interesting remark on the current turmoil in Hong Kong (part of China), the EAM had said India is “watching with great attention” since there is a large Indian “community and investment” in Hong Kong.