IMD also predicted that Rayalaseema region of Andhra, Rajasthan and Bihar are also likely to witness heavy downpour throughout the day. 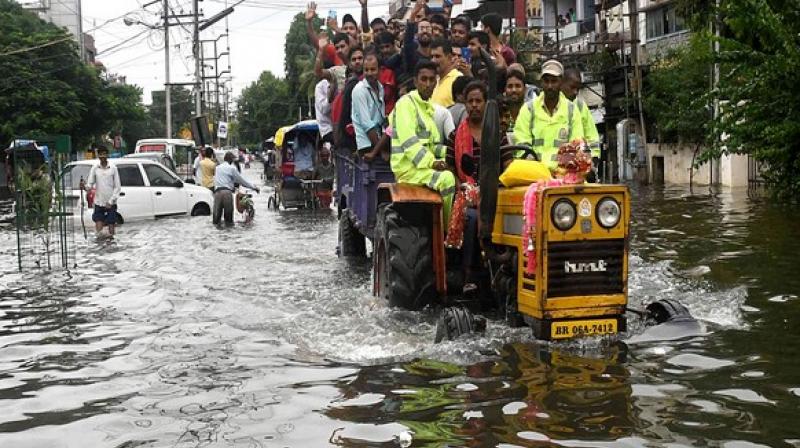 The weather forecast agency also predicted that Rayalaseema region of Andhra Pradesh, Rajasthan and Bihar are also likely to witness heavy downpour throughout the day.

The thunderstorm accompanied with lightning is likely to occur over Uttarakhand, Punjab, East Uttar Pradesh, Odisha, Jharkhand, Bihar, West Bengal and Assam, the IMD stated in its All India Weather Warning Bulletin.

In Delhi, the weather will generally remain normal with moderate temperature and cloudy sky. There is also a possibility of the development of thunder or lightning. The temperature in the region will oscillate between 24 degrees Celsius and 33 degrees Celsius.