India emerged as world's sixth largest economy in 2017, surpassing France, and is likely to go past the UK, which is at fifth position. 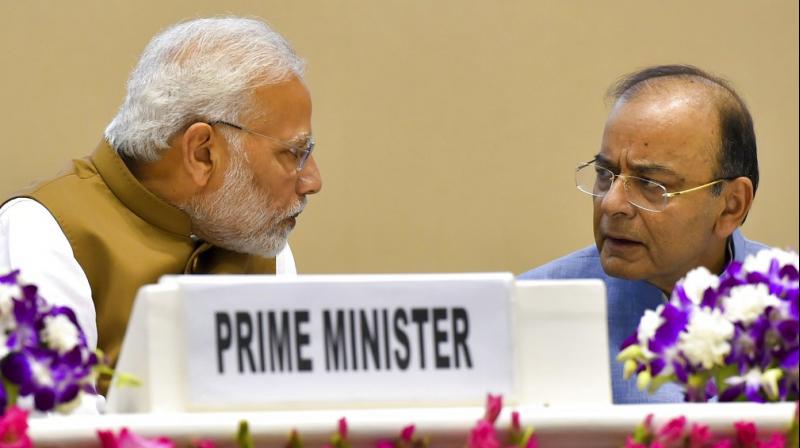 New Delhi: Finance Minister Arun Jaitley on Friday said India would become the world's fifth largest economy in 2019 and among the top three in the coming years.

Speaking at the 'Support and Outreach Initiative for the MSME sector' event in New Delhi, the minister said since the Narendra Modi-led government took over about four years ago, India has moved from the ninth to sixth position in the global economic landscape.

"Next year, India will become the fifth largest economy," he said, adding hopefully in the coming years the country would be among the top three economies of the world.

India emerged as the world's sixth largest economy in 2017, surpassing France, and is likely to go past the United Kingdom, which is at the fifth position, according to an analysis of data compiled by the World Bank.

In 2017, India became the sixth largest economy with a Gross Domestic Product (GDP) of USD 2.59 trillion, relegating France to the seventh position.

The United Kingdom, which is facing Brexit blues, had a GDP of USD 2.62 trillion, which is about USD 25 billion more than that of India, the data showed.

The US is the world's largest economy with a size of USD 19.39 trillion, followed by China (USD 12.23 trillion). Japan (USD 4.87 trillion) and Germany (USD 3.67 trillion) are at the third and fourth places, respectively.

Referring to India's significant jump in the World Bank's ease of doing business index, Jaitley said it has improved 65 notches to the 77th position during the four years of the NDA government.

He said the Prime Minister has set a target of taking India among the top 50 nations in the World Bank's ease of doing business ranking.

"We are very near the target," Jaitley said, as he criticised the Congress-led UPA government for "policy paralysis" and "corruption", which discouraged domestic as well as foreign investors.

He said during the last five years of the UPA government, inflation averaged around 10.4 per cent, whereas all economic parameters are now stable.

Jaitley further said that Aadhaar, which was criticised by the opposition, has actually helped the government in saving Rs 90,000 crore annually, which is enough to fund four schemes like Ayushman Bharat.

The minister also said the MSME sector has benefited from implementation of GST, under which taxes were reduced on 334 items in the first year of its rollout.