'I stand by every word in my published account,' Pallavi Gogoi said about her allegation on MJ Akbar. 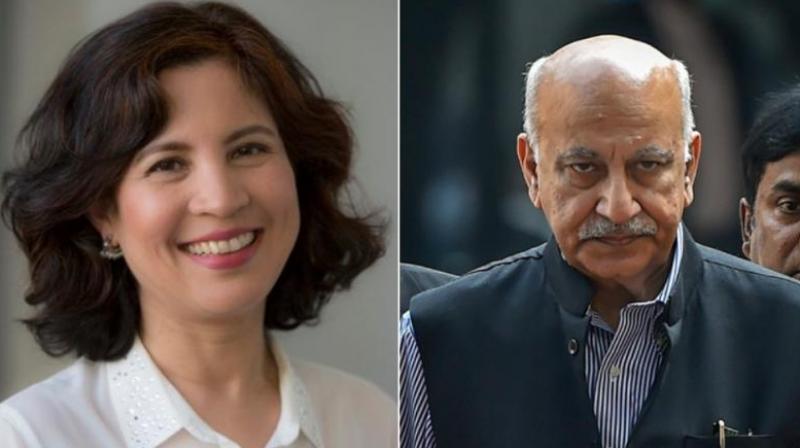 In an article published in The Washington Post on November 1, Pallavi Gogoi claimed that she was raped by MJ Akbar back in the 1990s. (Photo: Twitter | @pgogoi | PTI)

New Delhi: Pallavi Gogoi, a US-based journalist, who has accused former Union minister MJ Akbar of raping her 23 years ago, when she worked under him at The Asian Age, refuted Akbar’s claims and corrected him that a relationship based on coercion and abuse of power can't be “consensual”.

“I stand by every word in my published account,” she said about her allegation on the former editor-in-chief of The Asian Age.

In a statement, Gogoi said, “Rather than take responsibility for his abuse of me and his serial predation of other young women who have courageously come forward, Akbar has insisted – just like other infamous serious sexual abusers of women – that the relationship was consensual. It was not.”

“I will continue to speak my truth so that other women who have been sexually assaulted by him know it is okay for them to come forward and speak their truth too,” Gogoi added.

In an article published in The Washington Post on November 1, Pallavi Gogoi claimed that she was raped by Akbar back in the 1990s. The article mentioned talked about Gogoi’s "painful memories", the alleged assault at a Jaipur hotel and how Akbar "continued to defile her sexually, verbally and emotionally".

However, journalist-turned-politician, MJ Akbar, who had to recently quit as Minister of State for External Affairs after over 20 women accused him of sexual misconduct on Friday rejected Pallavi Gogoi's allegations saying the two were in a "consensual relationship".

Akbar’s wife Mallika supported him and blamed Gogoi for causing "unhappiness and discord in our home" over 20 years ago.

An editor at the National Public Radio (NPR), Gogoi said she decided to write the piece for her teenage daughter and son. "So they know to fight back when anyone victimises them. So they know never to victimise anyone."

Akbar had earlier dismissed versions by other accusers and sued one of them for defamation.