The BJP secured a massive victory in the civic polls in Uttar Pradesh on Friday and the BSP finished a distant second. 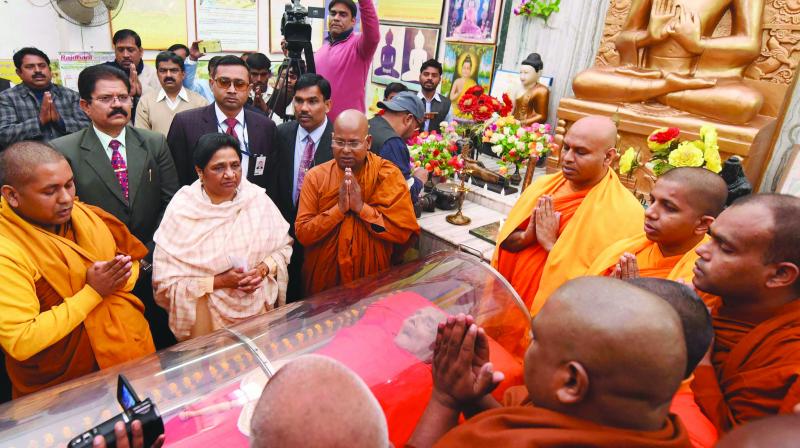 Talking to reporters, she said that the BJP had tampered with the EVMs even in the Assembly elections earlier this year and also in the 2014 Lok Sabha elections.

“Had the elections been free and fair, the BSP would have won more mayoral seats. The BSP ranked second in the overall local bodies elections,” she said. She further challenged the BJP to remove the EVMs and start using ballot papers in elections.

Ms Mayawati was here to pay a tribute to Buddhist monk Pragyanand, who died two days ago. The BSP president said that it was not just the dalits, but other communities like the OBCs and the Muslims who voted for BSP in the polls.

“We are taking with us people from all communities because BSP believes in ‘Sarvjan Hitaye, Sarvjan Sukhaye’ concept,” she said. The BJP secured a massive victory in the civic polls in Uttar Pradesh on Friday and the BSP finished a distant second.