The state government has assured to bear medical expenses of newborn twins joined at stomach. 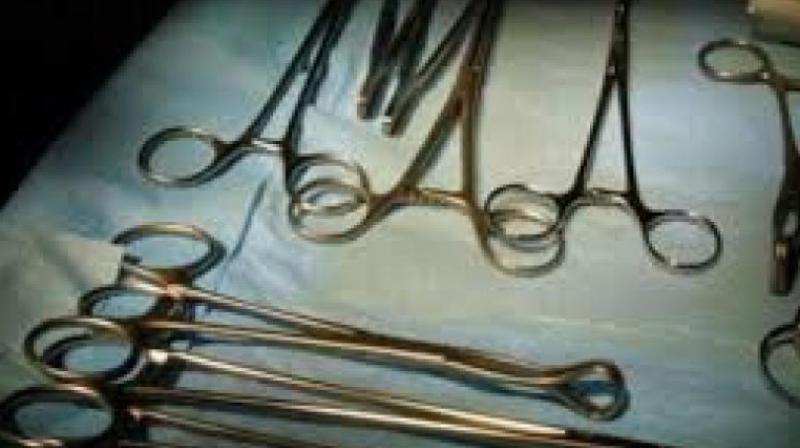 Doctors referred the twins to Sishu Bhawan in Cuttack for better treatment as their condition was not well. (Representational image)

Bhubaneswar: While people of Odisha are praying for speedy recovery of conjoined twins Jaga-Kalia, who were recently separated at AIIMS in New Delhi, one more conjoined twins were born in Nayagarh district on Friday evening, reports said on Saturday.

As per reports, a 22-year-old woman gave birth to twin baby girls joined at stomach at Khalipatana near Sarankula here on Friday. The twin newborn girls were shifted to Sishu Bhawan in Cuttack for treatment.

The woman, Sumitra Dutta, was admitted to a private clinic in Nayagarh on Friday morning following labour pain. She delivered the twins, who are joined at stomach. The babies were born at around 8 pm.

Following the delivery, a huge crowd gathered outside the clinic to see the conjoined girls. However, the doctors referred the twins to be admitted to Sishu Bhawan in Cuttack for better treatment as their condition was not well.

The state government has assured to bear medical expenses of newborn twins joined at stomach.

“The government will bear medical expenses of the conjoined twins and treatment outside the state will be made if required,” said health minister Pratap Jena who on Saturday visited Sishu Bhawan to review health condition of the newborns in Cuttack said.

The father of the conjoined twins, Kishore Kumar Dutta of Khalipatna village under Sarankula police limits, sought government assistance that was made in case of Jaga-Kalia for surgery.

Kandhamal conjoined twins Jaga-Kalia, who were joined at head, were recently separated by a team of doctors at AIIMS following two surgeries.

While the condition of Jaga is found better, Kalia is now out of ventilator. The prayers poured in for the wellbeing of the separated twins following two major surgeries.