The platform is intended to foster innovation, create jobs and facilitate investment to encourage women as entrepreneurs. 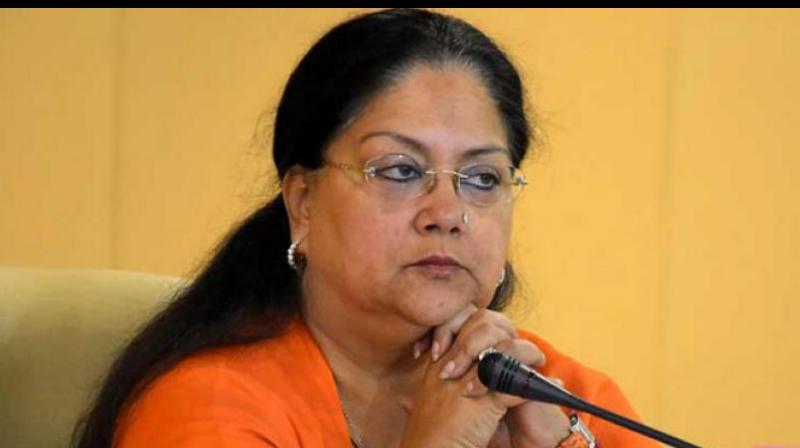 “We will fund for women startups,” the chief minister said at Rajasthan Digifest 2017 in Udaipur. (Photo: PTI | File)

Udaipur: Rajasthan Chief Minister Vasundhara Raje on Sunday announced a special fund for startups led by women so as to encourage them as entrepreneurs. The platform is intended to foster innovation, create jobs and facilitate investment.

This is in addition to Rs 500 crore already set-up for startups. This initiative, iStart platform, was launched three months ago in the last Digifest held in Kota.

It went live nearly a month ago and 300 startups have been registered on it.

“We will fund for women startups,” the chief minister said at Rajasthan Digifest 2017 in Udaipur.

The government is constantly looking for appropriate launching pads for the youth, she added. She also launched several e-governance initiatives for the state.

The state government has been introducing technology in every space right from education, tourism and agriculture sector to solve citizen-centric issues.

During the fest, several government departments also exhibited e-governance measures they have been undertaking.

“I am happy to share today that, 50 prominent Venture Capital Organisations, Angel Investors and High Net-worth individuals have already committed to invest in Startups endorsed by the iStart platform,” Raje said.

She also inaugurated iStart Nest, one of a kind incubator providing end-to-end acceleration and connection with venture capitalists across the world for free, at least to Startup.