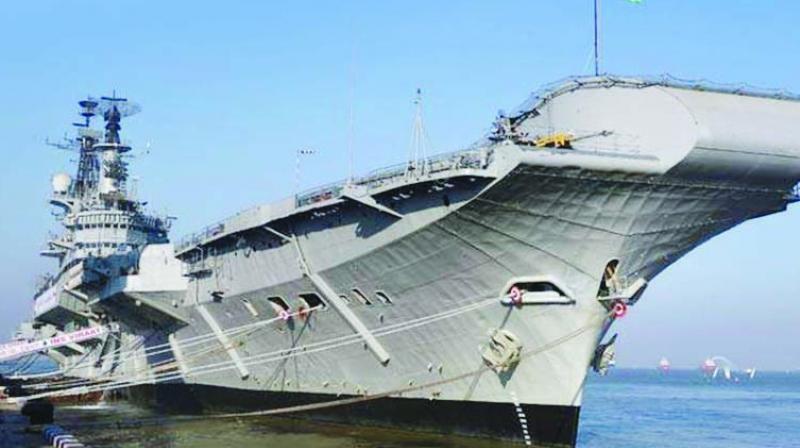 According to Navy sources, the state has around 14000 accounted boats but the unaccounted figure stands at least 6000 alone. (Representational Image)

Kolkata: The Indian Navy's ambitious coastal battery project at Sagar Island in the Bay of Bengal has been back on track as a land of 11 acres has been identified in the delta region and the land acquisition process is underway though the project's concept and shape have been changed from a permanent to a temporary one and from static to mobile. This was informed by Naval Officer-in-Charge (West Bengal) Commodore Suprobho K De on Monday.

"The coastal battery project was never closed in principle. It is still underway. Progress about the project became a bit slow earlier somehow. The entire concept is now about having a temporary and mobile infrastructure for firing missles. It is now conceived as a mobile coastal battery," he said at INS Netaji Subhas in Hastings on the eve of the Navy Day celebrations.

Commodore De elaborated, "We were looking for a land of around 11 acres to set up a naval base from where Brahmos missles can be fired. The land has been identified. The process of take it over is on. We have received clearance from the environment ministry. It was earlier pending. However the transport link to the proposed base is essential to rush a vehicle, carrying a missile for firing, from the city. If good roads are built it will be helpful for the project."

He added that a status report would be sent to the Eastern Naval Command Headquarters in Vizag which would be submitted to the ministry of defence through the Navy headquarters in New Delhi. A land-based coastal batteries is built to perform a defensive role against attacking enemy warships and aircrafts, seaward defence of harbour, air defence of port and surveillance and monitoring of the country's coastline.

Post 26/11 Mumbai terror strike the Indian Navy embarked upon setting up the coastal battery project with a radar system 2013 onwards to tackle the sudden rise in naval acquisitions by Bangladesh and foreign ships' movements.

On the Chinese ships suspicious movements in the Indian Ocean Commodore De explained, "Navy is entrusted for ensuring maritime security to a nation. China is developing their navy for their security. We also have our resources and plan. We have measures to monitor ships coming and going. We have methods to take action as long as you know a ship's activity and intention. So it is not that we do not know what is happening in the Indian Ocean."

On the Automatic Identification System (AIS)-based registration of the boats for coastal security Commodore De stated that around 70 per cent of boats in West Bengal have been AIS registered and fitted with transponders. According to Navy sources, the state has around 14000 accounted boats but the unaccounted figure stands at least 6000 alone.