Subramaniam was first person to come up with a positive identification. 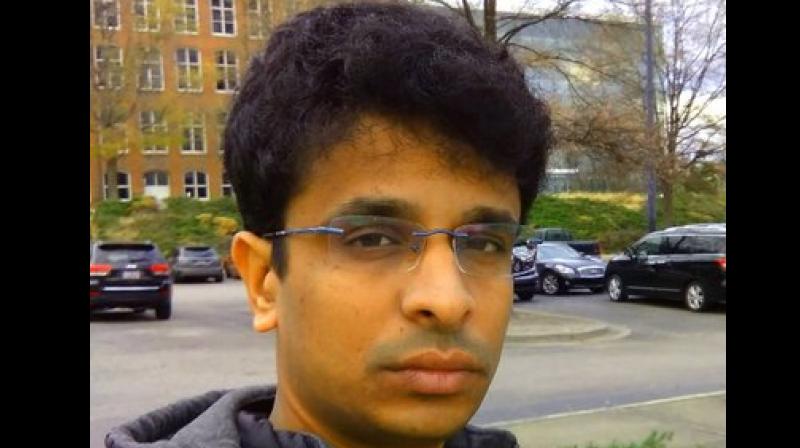 Shanmuga Subramanian, 33, found the debris from the Vikram moon lander that scientists had been looking for and helped guide them to the spot where it had crashed. (Photo: Twitter/ Rama)

Chennai: After the debris from Chandrayaan-2’s Vikram moon lander was found on Tuesday NASA credited a Chennai-based techie, who worked independently, for alerting them about its presence.

Shanmuga Subramanian, 33, found the debris from the Vikram moon lander that scientists had been looking for and helped guide them to the spot where it had crashed. “It was something challenging as even NASA can’t find out so why can’t we try out? And that’s the thought that led me to search for Vikram lander,” Shanmuga Subramanian, who made the discovery, told IANS on Tuesday.

He looked for it on the images from NASA’s Lunar Reconnaissance Orbital (LRO) Camera that the US space agency had released to the public.

LRO Project Scientist Noah Petro told IANS: “The story of this really amazing individual (who) found it, helped us find it, is really awesome.”

“He went through the image, looking pixel by pixel and found that spot,” Petro added.

Subramanian works in Chennai as a software architect and told IANS in an email interview that he did the search in his spare time.

NASA said it released a mosaic image of the site on September 26 (but taken on September 17), inviting the public to compare it with images of the same area before the crash to find signs of the lander.

Subramaniam was first person to come up with a positive identification. He said NASA's inability to find the lander on its own had sparked his interest.

"I had side-by-side comparison of those two images on two of my laptops... on one side there was the old image, and another side there was the new image released by NASA," he told news agency AFP, adding he was helped by fellow Twitter and Reddit users.

"It was quite hard, but (I) spent some effort," said the self-professed space nerd, finally announcing his discovery on Twitter on October 3.

Petro said that he and the LRO camera team head received an email from Subramanian about his finding and that was used to help identify the spot where Vikram crashed.

The Arizona State University (ASU), where the LROC project is located, said: “After receiving this tip the LROC team confirmed the identification by comparing before and after images.”

When the images for the first mosaic were acquired on September 17, the impact point was poorly illuminated and could not easily identify it, ASU said.

But two image sequences taken on October 14 and 15, and on November 11 were better.

The university said that the LROC team scoured the surrounding area in the new mosaics and found the impact site and debris field.

“The debris first located by Shanmuga is about 750 meters northwest of the main crash site,” ASU said.

Vikram lost contact with the Indian Space Research Organisation (ISRO) following its launch from Chandraayan 2 moon orbiter on September 6 when it tried to make softlanding near the moon’s south pole.