Cmde De also informed that a request has been sent to the Eastern Naval Command Headquarters in Vizag. 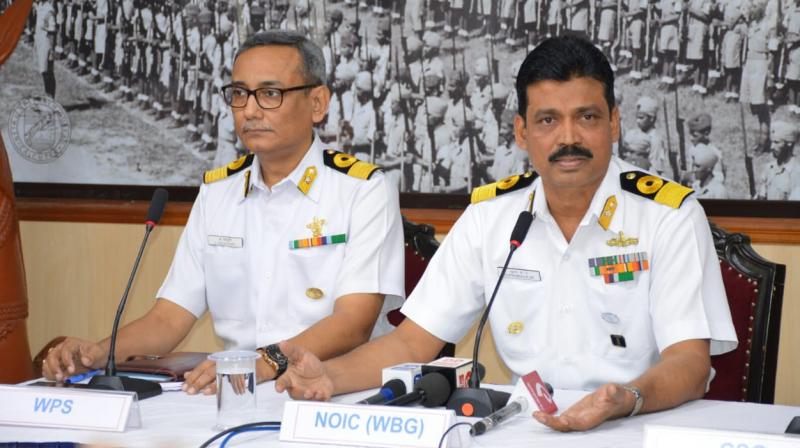 Kolkata: The Chinese Navy has been found to have increased its presence in the Indian Ocean for snooping on India. The revealation comes close on the heels of reports of a PLA research vessel forced by the Indian Navy to return from the exclusive economic zone off Andaman & Nicobar Islands recently.

"The Chinese Navy is all over the Indian Ocean. Right now the Chinese Navy and Pakistan Navy are doing an exercise. This is a part of existence of all navies. It is an international water after 12 nautical miles. Everybody can come. You can not stop it," Naval Officer in Charge (West Bengal) Commodore Suprobho K De said at INS Netaji Subhas on Tuesday on the eve of the Navy Day celebration.

He elaborated, "But as long as we know they are doing exercise and a submarine anchored at Straits of Malacca, we are tracking it. That is why we say P8i is a force multiplier. To enter the Indian Ocean, the ships have to pass through certain choke points actually."

Cmde De pointed out, "As long as we can monitor those choke points, nobody can enter without being hindered. Once you pick up, our aircrafts can monitor the ship which moves slowly. Say if we find a ship somewhere, it will be found by the aircraft in the same area after 10 hours. That is how we keep the watch. We can ensure full surveillance of the Indian Ocean with the P8i aircraft with us."

He noted, "We know who is doing what and where. Bay of Bengal is part of the Indian Ocean. So there is nothing which can go without getting checked. Snooping by the Chinese ships including submarines' movements in the Indian Ocean has risen. Their boats stay focussed. In next two years they will have one more carrier. By 2050 they will have 10 aircraft carriers."

Cmde De also informed that a request has been sent to the Eastern Naval Command Headquarters in Vizag for showcasing a decommissioned Sea Harrier fighter aircraft at the proposed TU 142 museum on around two acres of land at New Town in Kolkata, likely to be open for visitors by the middle of 2020, to add attraction.

The decommissioned TU 142 aircraft, expected to arrive the city in January next year, has been handed over by the Navy to Taneja Aerospace on November 15 for dismantling, transportation and reassembly for setting up the museum.