Earlier, Speaker ruled that those members who give names for supplementaries and remain absent wouldn't be given chance to ask questions. 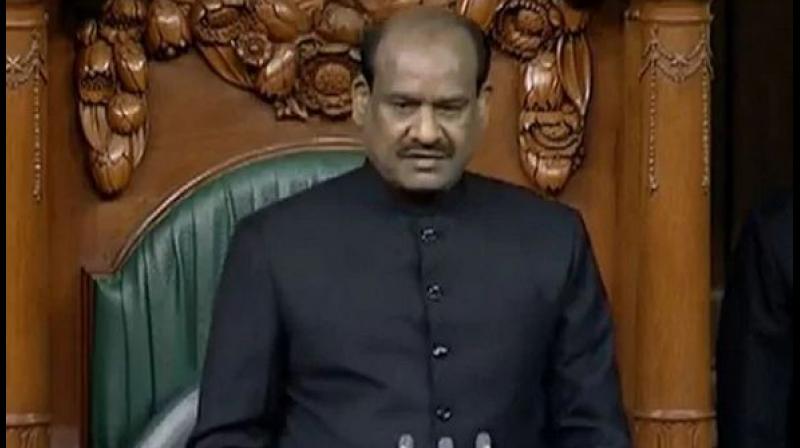 New Delhi: Lok Sabha Speaker Om Birla today rebuked Union Minister Raosaheb Patil Danve for not paying attention to proceedings of the House. The Speaker's disapproval of the conduct of the Union Minister of State for Consumer Affairs came during the Question Hour.

At this, Shiv Sena leader in Lok Sabha Arvind Sawant went to Godse's seat and tried to brief him on what the Speaker said.

When Godse asked another question, Union Consumer Affairs Minister Ram Vilas Paswan, who was sitting along with Danve in the last row, stood up and replied.

The subsequent supplementary questions were also replied by Paswan. Seeing this, the Speaker told him to give his answers sitting if he wishes.

"You can reply being seated if you wish. The House allows you. You have a fracture in the leg," Birla said. However, Paswan continued to reply the questions standing.

The Speaker then repeated: "I am again telling you, if you want, you can reply being seated. Your problem may aggravate".