ICG ships and aircraft were tasked specifically for relaying weather warnings to mariners, urging fishing boats at sea to return to harbour 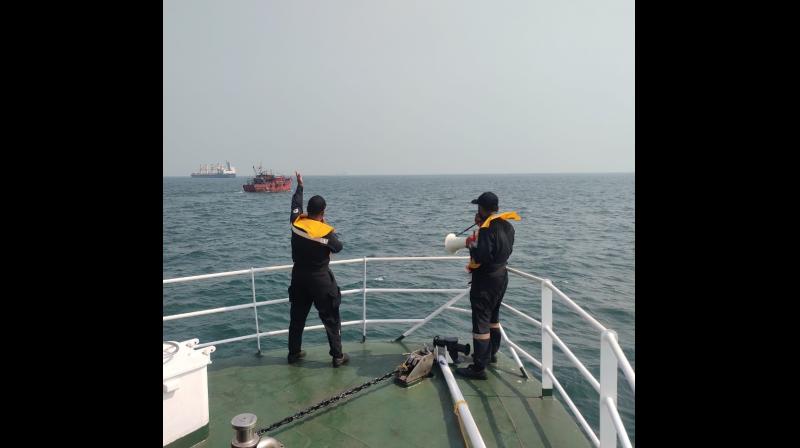 Kolkata: The Indian Coast Guard (ICG) has deployed three ships along with a hovercraft and also pressed a Dornier aircraft to sound alerts of Cyclone Jawad to the fishermen in the Bay of Bengal along Odisha and West Bengal.

A senior officer at the ICG (North East regional headquarters) told this newspaper on Thursday that the three ships and a hovercraft have been operating on rotation to direct the fishermen to return to the harbour for safety.

One of them, ICGS Varad, which is an offshore patrol vessel, is at the International Maritime Boundary Line, engaged in shepherding the fishing boats towards the coast. Besides, a Dornier aircraft is carrying out sorties twice a day. The ICG stated that it has initiated preemptive and preventive actions for safety of life and property at sea.

It said, "ICG ships and aircraft have been tasked specifically for relaying weather warnings to mariners and urging fishing boats at sea to return to harbour. Till now approximately 55 fishing boats have been directed by ICG units to return to harbour. Additionally, a weather warning is also being broadcast through Coast Guard ROS at Paradip and Haldia in vernacular language to alert fisherfolks at sea. Close liaison is being maintained by ICG with local fisheries authorities for accounting of fishing boats at sea."

The National Disaster Response Force has also stationed 16 teams in the state to alert the residents of coastal villages about the cyclone.

Chief minister Mamata Banerjee, who returned to Kolkata in the afternoon from a three-day Mumbai visit, held a meeting at the state secretariat, Nabanna, to review her government's preparedness to tackle the cyclone and the evacuation of people from the coastal areas.

27 Up and 22 Down long distance trains have been cancelled by the South Eastern Railway while eight trains were suspended by the East Coast Railway.