Rajya Sabha had proposed the amendments in the last session to the bill which proposes constitutional status for the OBC commission. 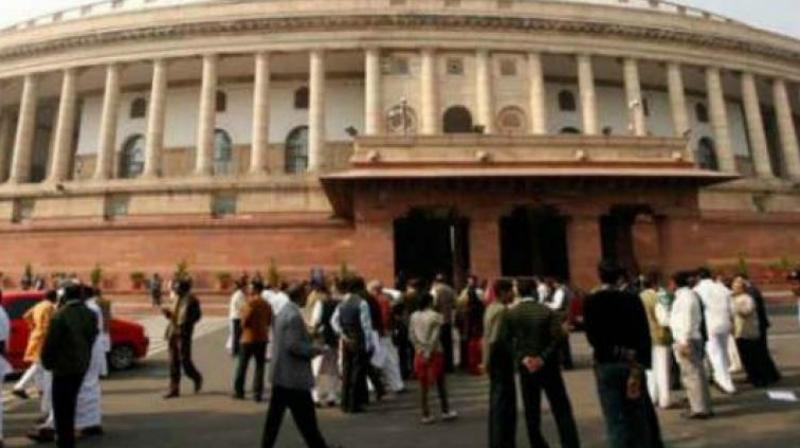 The debate gave way to a heated exchange when Banerjee said the opposition was being threatened, leading to the House’s adjournment.

NEW DELHI: Taking a stand against amendments proposed by the Rajya Sabha to the all-important OBC bill, the government tabled the bill in the Lok Sabha amid acrimonious exchanges on Wednesday, saying that it underscored the government’s commitment to empower backward classes.

The Rajya Sabha had proposed the amendments in the last session to the bill which proposes constitutional status for the OBC commission.

Tabling the bill, social justice and empowerment minister Thawar Chand Gehlot said it seeks to reject the amendments inserted in the original bill by the Rajya Sabha. The bill also says that the proposed National Commission for Backward Classes will give its report concerning a state to the state government and not to the Governor as said in the original bill passed by the Lok Sabha in the Monsoon Session. However, the discussion on the Constitution (123rd Amendment) Bill 2017 had an abrupt end due to heated exchanges between Union minister Giriraj Singh and Trinamul member Kalyan Banerjee, leading Speaker Sumitra Mahajan to adjourn the House till Thursday.

While Mr Singh raised objections to Mr Banerjee’s accusation that the BJP was not taking the views of other parties on the matter, another BJP member accused Banerjee of giving wrong information.

The debate gave way to a heated exchange when Banerjee said the opposition was being threatened, leading to the House’s adjournment.

Earlier, Mr Gehlot said that while he had agreed to make provision in the rules to include a woman in the commission, there was no need for a quota for minority communities as a Minority Commission already exists.