A noted advocate, he had appeared in several sensational criminal cases and matters involving constitutional importance. 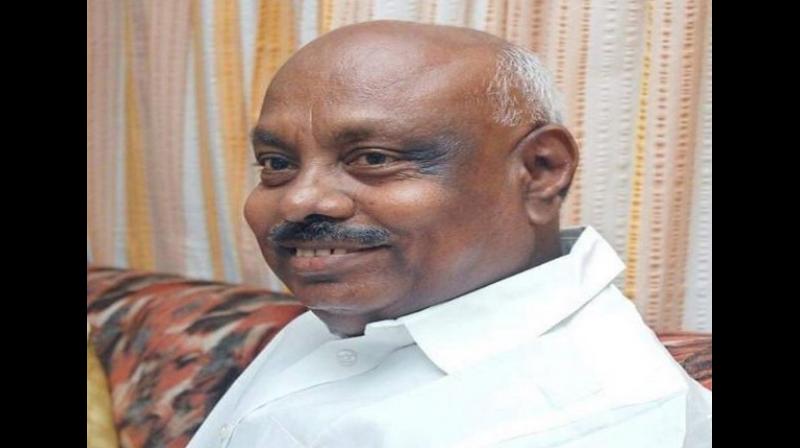 Chennai: AIADMK veteran P H Pandian known for his Assembly has "sky high powers" dictum when he was the Speaker of the House died here on Saturday at a private hospital after being ill for some time, the party said.

He was 74. He is survived by four sons including former MP Paul Manoj Pandian and a daughter.

Pandian was the first senior AIADMK functionary to publicly take a stand against former Chief Minister J Jayalalithaa's aide V K Sasikala after the death of the late party supremo in December 2016.

Raising suspicions over the circumstances surrounding the death of Jayalalithaa, he had thrown his weight behind O Panneerselvam.

Pandian had held several party positions including that of organising secretary and was dedicated to the party since its founding in 1972, the AIADMK said.

He worked tirelessly for the party and earned the love and respect of party founder M G Ramachandran and late supremo J Jayalalithaa, Palaniswami and Panneerselvam said in a statement.

It was an irreparable loss to the party, the two leaders said in the statement. Showering praise on the former Speaker, they said Pandian was a renowned advocate, orator and a political strategist.

A former MLA and MP, Pandian was the Deputy Speaker of Tamil Nadu Assembly between 1980-84 and Speaker from 1985 to 1989, and he had been the leader of the AIADMK Parliamentary party (Lok Sabha) as well.

He had in 1987 in connection with a proceeding against a Tamil magazine, said the Assembly has 'sky-high powers' and that phrase continues to be in currency still during debates linked to powers of the Assembly and the Speaker.

A noted advocate, he had appeared in several sensational criminal cases and matters involving constitutional importance.

According to party sources, Pandian's funeral will take place on Sunday. His wife, Cynthia Pandian, a noted educationist and former vice-chancellor of Manonmaniam Sundaranar University at Tirunelveli predeceased him.