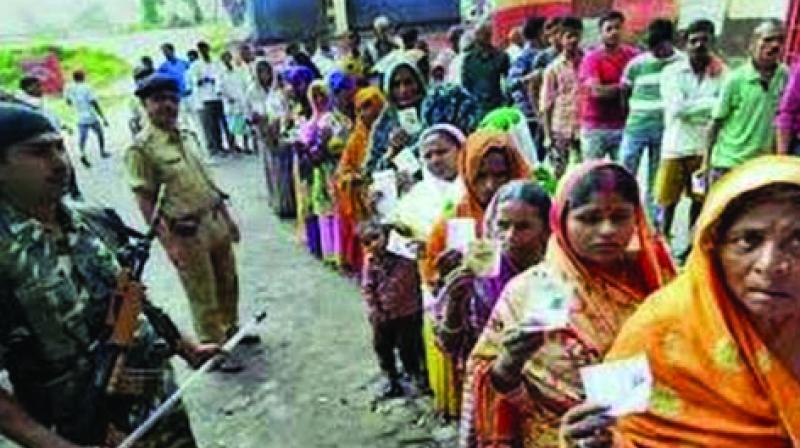 New Delhi: A total of 302 crorepati candidates are in the fray for the upcoming first phase of Uttar Pradesh Assembly elections to be held on February 11 while 168 have declared that they have criminal cases against them, says a latest report.

The average asset per candidate contesting in the first phase of the UP poll is Rs 2.81 crore, it said.

"Out of 836 candidates analysed, 168 have declared criminal cases against themselves," the report by ADR added.

143 contestants have declared serious criminal cases, including ones related to murder, attempt to murder, kidnapping, crimes against women and the like. As per the report, a total of 186 candidates have not declared their PAN details.

The Uttar Pradesh Election Watch and ADR have analysed the self-sworn affidavits of 836 out of 839 candidates from 98 political parties, including 5 national, 8 state, 85 unrecognised parties and 293 independent candidates, who are contesting in the first phase of the poll.

A total of 64 have declared themselves to be just literate and 15 to be illiterate.

Seventy female candidates are contesting in the first phase of the Uttar Pradesh assembly election this year, the report noted.