BJP, he said, will not let Western UP turn into another Kashmir, a reference to the forced migration of Kashmiri Pandits from the Valley. 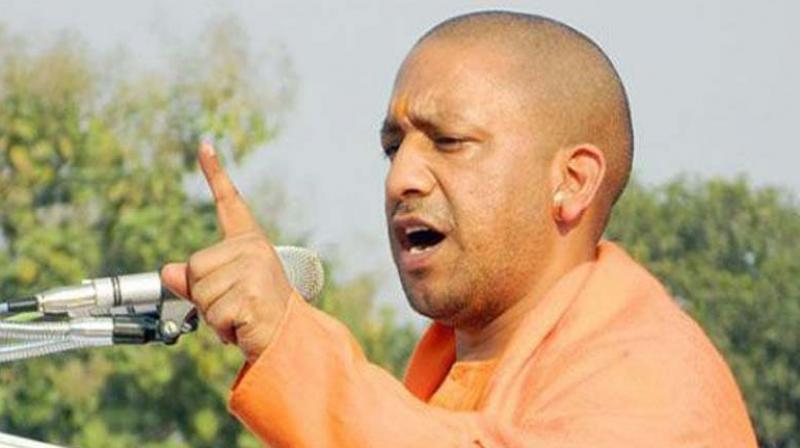 Lucknow: Amidst hectic electioneering in UP, firebrand BJP MP Yogi Adityanath on again sought to play the religious card, saying the alleged exodus of Hindus from Kairana and 'love jihad' were important issues for the party.

BJP, he said, will not let Western Uttar Pradesh turn into another Kashmir, a reference to the forced migration of Kashmiri Pandits from the Valley in the 1990s.

"Issues like Hindu exodus from Kairana, love jihad and women's safety will dominate the poll scene," he said at an event organised by a news channel here.

"Yogi is not talking about today, Yogi is talking about future. Exodus is a very big issue for us," he said, adding, "BJP will not let western Uttar Pradesh turn into another Kashmir."

BJP MP Hukum Singh had in June last year claimed that close to 350 Hindus had left Kairana over alleged threats and extortion by criminal elements belonging to a particular community.

The Lok Sabha member from Gorakhpur claimed that in eastern part of UP, both Hindu and Muslim population was safe.

The BJP's star campaigner said the issue of love jihad will certainly be a crucial point in the polls.

"Love jihad was then an issue and it is still an issue," he said.

When asked about the agenda of his "anti-Romeo squads", the controversial leader said the "force" will work towards restoring pride of women and ending discriminations.

"There are areas in western UP where girls can't go to school. The squad will work for their rights and ensure safety of women in the state," he said.

The BJP leader also lashed out at the Akhilesh Yadav government and others for wooing minorities in a Hindu majority society by announcing sops for them.

"Political leaders in this country speak against majority community in the name of secularism. Governments in UP give land for kabristan (graveyard) but not for shamshanghat (cremation ground)," he said.

"If voted to power, BJP's development schemes will be above caste and religion," he promised, adding, "It will be 'sabka sath, sabka vikaas' in true spirit."

To a question as to who will hold the reins of the state if BJP comes to power, he evaded a direct reply saying, "Face is not important, my wish is that BJP forms government in Uttar Pradesh."

When asked if he saw himself occupying the top chair, the five-time MP said, "There are leaders more senior to me in BJP, I can't push them and seize power. We have Rajnath Singh, Kalraj Mishra and some other leaders who can become CM face."

"Every BJP worker is capable of becoming UP CM," he remarked.

"I am not hungry for ministerial post, I just want to see development in UP," he added.