Inspector Dave said that investigations were underway to find out the source of the fake software as well as the biometric data. 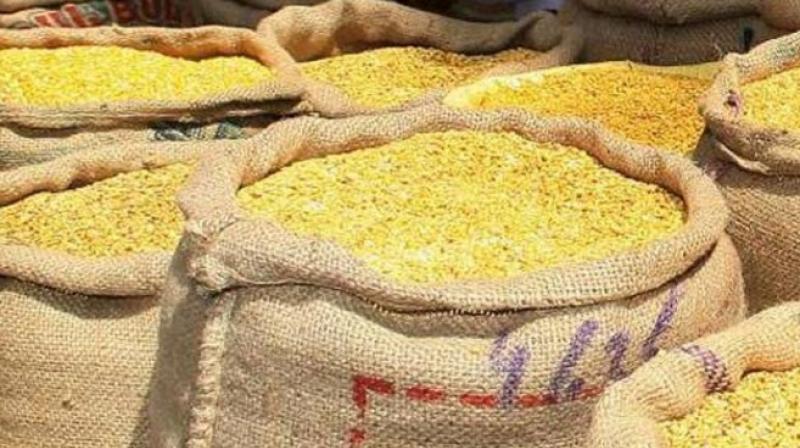 The arrested duo used a duplicate software and obtained a data bank of beneficiaries from an unknown source.(Photo: Representational | PTI)

Police said that Babubhai Boriwal (53) and Sampatlal Shah (61) were arrested on Saturday and were sent to police custody for five days.

Inspector Dave said that ration shops were supposed to use an application called E-FPS, provided by the government, with a databank of beneficiaries fed into it.

He added, "As part of this, fair price shop owners were given a username and password to access the biometric data bank of beneficiaries to create an electronic record of beneficiaries availing subsidised grains from their shops."

"The beneficiary had to provide his finger print, details of his ration card and UID (Aadhaar) numbers to match the data fed into the computer. This would generate a slip on the basis of which he was given subsidised ration every month," Inspector Dave said.

The arrested duo, he said, used a duplicate software and obtained a data bank of beneficiaries from an unknown source.

"They used this data bank to create an electronic record every month to show that beneficiaries had obtained subsidised foodgrain when in reality they had not," he said.

Inspector Dave said that investigations were underway to find out the source of the fake software as well as the biometric data.

Earlier, eight separate FIRs were lodged against as many fair price shop owners in the city following an investigation carried out by the district administration after some beneficiaries complained. The matter was then handed over to the Crime Branch.

Police said that the two had been booked under various sections of the Indian Penal Code (IPC) including section 406, 409 (criminal breach of trust), 467, 468, 471 (forgery), as well as sections of the Information Technology Act and the Essential Commodities Act.