India   All India  04 Feb 2018  No govt has right to interfere in Islamic laws related to ‘talaq’: Sharad Pawar
India, All India

No govt has right to interfere in Islamic laws related to ‘talaq’: Sharad Pawar

'But talaq is a way provided by the Quran in Islam. It's a message, and no ruler has the right to interfere with that,' Pawar said. 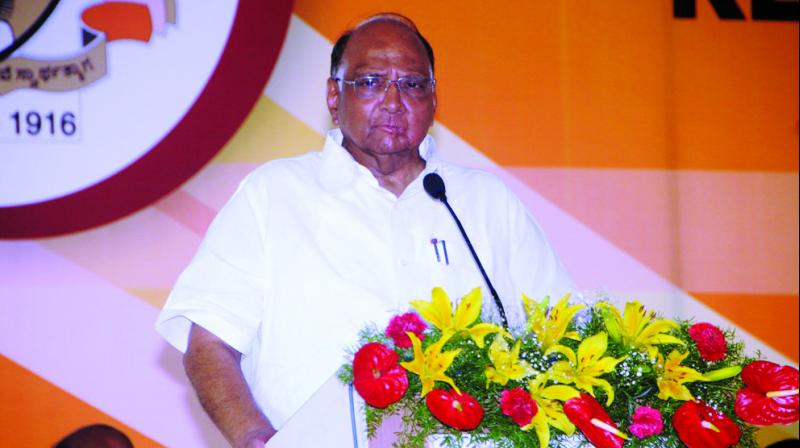 Pawar also hit out at the NDA government over its agricultural policies. (Photo: File)

Aurangabad: NCP chief Sharad Pawar on Saturday said no government has the right to interfere in Islamic laws related to talaq (divorce), which have their origins in the Quran.

He said that said if banning instant triple talaq was about giving protection to women, then "whatever one intends to do should be done by taking prominent people in the Muslim community and clerics in confidence".

"But talaq is a way provided by the Quran in Islam. It's a message, and no ruler has the right to interfere with that," he said at a party rally in Aurangabad.

The Muslim Women (Protection of Rights on Marriage) Bill, 2017 was passed by the Lok Sabha in the recently concluded winter session, but could not be passed in the Rajya Sabha with the opposition demanding that it be sent to a parliamentary panel for detailed scrutiny.

According to the draft law, instant triple talaq will attract a jail term of three years for the husband.

Pawar also hit out at the NDA government over its agricultural policies.

The growers are not getting good prices for their crops and the government isn't worried about farmer suicides, he alleged.

The government promised an increase in the minimum support price for farm produce in the budget, but it didn't spell out how it would be done, Pawar said.

When the UPA government announced a Rs 71,000-crore loan waiver scheme for farmers, money was transferred to farmers' accounts within a few days, he said.

Farmers in Maharashtra are waiting for money even months after the BJP-led state government announced a loan waiver in June 2017.

On violence in Kasganj in Uttar Pradesh, Sharad Pawar alleged that members of the Muslim community who were celebrating Republic Day were attacked by those close to the BJP.

NCP leader and Leader of Opposition in the Maharashtra Legislative Council Dhananjay Munde alleged the state government tried to create hurdles in Saturday's rally by "denying or delaying" permission.

"You may disrupt Internet services, but how would you suppress people's voice," he said.