Centre refuses to stop Jagan’s move to have three capitals

Where to locate the capital is a question for the state to decide, says Union minister in Lok Sabha 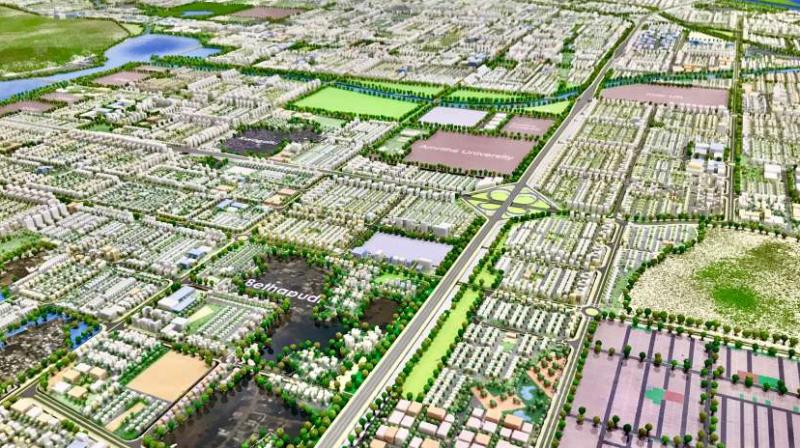 VIJAYAWADA: In a boost to Andhra Pradesh chief minister Y S Jagan Mohan Reddy’s three capital proposal, the central government has categorically said it is the state’s business where to locate its capital.

The Union Ministry of Home Affairs gave this clarification in response to an unstarred question raised by Telugu Desam Party (TDP) MP from Guntur Galla Jayadev in the Lok Sabha.

Minister of state for home Nityanand Rai informed the Lok Sabha that the state government had notified Amaravati as the capital through a government order (GO), and there were media reports indicating that it has now decided to create three capitals. “It is for each state to decide its capital within its territory,” he said.

The Centre’s refusal to intervene in the matter is apparent from its reply which ignored the MP’s query to advise the state government against the move. Galla Jayadev had sought to know whether the central government would advice the state not to resort to three capitals, which would not only vitiate the investment climate in the state but also cause a great loss to the thousands of farmers who gave their land for construction of a capital city in Amaravati.

The Centre’s stance on the question came as a shock to a section of BJP leaders as also those of the TDP who had been insisting that the Centre would not allow creation of three capitals.

In fact, the BJP was a divided house on this issue with MP G V L Narasimha Rao constantly maintaining that Centre had no role in it, while former minister Y S Chowdary time and again creating hope among farmers that the Centre would stall the move.