Fresh post-mortem on body of jawan after family raises doubts

Mathew had joined the army 13 years ago and was working as artillery gunner with the Rocket Regiment 214 in Nasik camp since the last year. 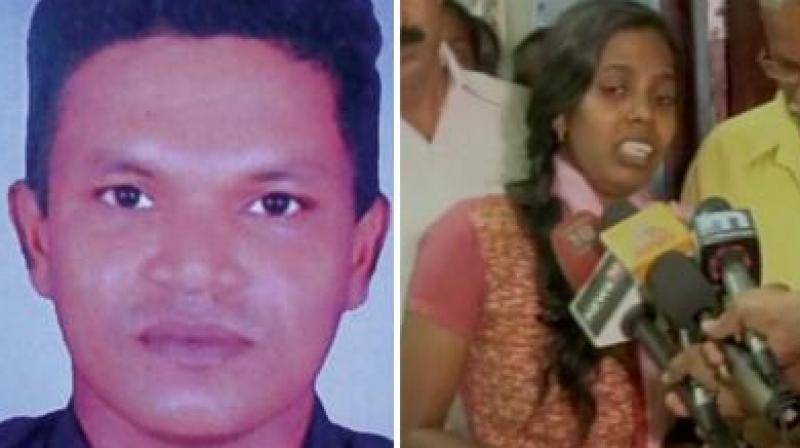 Thiruvananthapuram: A fresh autopsy was ordered on the body of a jawan from Kerala on Saturday, found dead after a sting video on the "abuse" of buddy system in the army, after his family insisted on it, raising doubts over this demise.

The fresh post-mortem of Roy Mathew (33), a native of Karuvelil in Ezhukon in Kollam district, was underway at the Government Medical College Hospital here, hours after the body was brought to the city this morning by a flight, a senior police official said.

Mathew was found hanging from the ceiling of a room in an abandoned barrack in Deolali cantonment in Maharashtra's Nashik on Thursday.

Alleging that there were marks of beating on his feet and blood had clotted in some parts, his relatives, including wife Finy, refused to accept the body until a fresh post-mortem was conducted in Kerala.

After receiving her complaint, the postmortem was ordered and it is going on, he said, adding that the Revenue Divisional Officer was also present.

A sobbing Finy, who was at the airport, said, "I need to get justice. I want to know how it happened. I want to see him."

The relatives have also alleged that disrespect was shown to the body when it was brought here. It was left unattended in a trolley for nearly half-an hour after it landed at the airport, they charged.

Mathew had gone missing on February 25 after he purportedly figured in an expose by a news portal on the "abuse" in the orderly system in the army.

Army has said it had not questioned Mathew after the video surfaced, which showed soldiers, working as sahayaks, walking dogs of senior army officials or taking their children to school.

Mathew had joined the army 13 years ago and was working as artillery gunner with the Rocket Regiment 214 in Nasik camp since the last one year.

He had contacted his wife on February 25 after which he went missing.