However, Pakistani media, quoting unnamed sources close to his family, said that reports claiming that the JeM leader is dead are false. 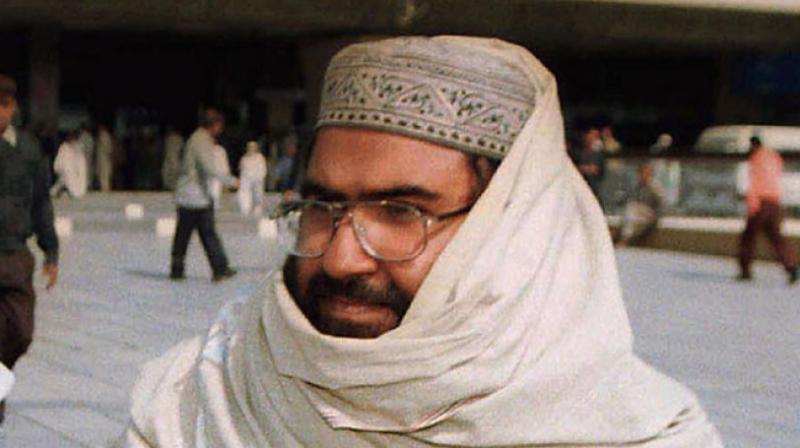 New Delhi/Lahore: Indian intelligence agencies were on Sunday trying to ascertain reports on the social media about the “death” of Jaish-e-Mohammed (JeM) terror group chief Masood Azhar in Pakistan even as Pakistani media reports dismissed the speculation and claimed that the Pulwama attack’s mastermind is “alive”.

Intelligence officials said they had no information other than that Azhar, 50, was undergoing treatment at an Army hospital after suffering renal failure.

The social media is filled with reports that Azhar has died, but there is no confirmation as of now, an official said in New Delhi. There was no official word on Azhar’s fate from the Pakistan government.

“I don’t know anything at this moment,” federal information mi-nister Fawad Chaudhry told PTI, when asked about social media reports claiming that Azhar had died.

However, Pakistani media, quoting unnamed sources close to his family, said that reports claiming that the JeM leader is dead are false.

A resident of Bahawalpur in Pakistan’s Punjab province, Azhar formed the JeM in 2000. He was released by the NDA government in 1999 in exchange of hostages of the hijacked Indian Airlines plane IC-814. The JeM chief was also the mastermind of the 2001 Parliament attack, suicide attack on Jammu and Kashmir state Assembly and attack on Pathankot IAF base.

In an interview to CNN, Pakistani foreign minister Shah Mehmood Qureshi earlier admitted that the JeM chief is in Pakistan and is “very unwell”, but said that the government can act against him only if India presents “solid” and “inalienable” evidence that can stand in a court of law.

“He is in Pakistan, according to my information. He is unwell to the extent that he can’t leave his house, because he’s really unwell,” Mr Qureshi said.

Meanwhile, media reports in Islamabad said that Pakistan may take “decisive action” against all proscribed organisations, including the JeM, and even withdraw its opposition to the move to include the terror outfit’s chief Masood Azhar in the UN Security Council terror list.

An official insisted that the move to take action against such individuals was taken before the Pulwama attack, a media report said.

He also clarified Pakistan’s decision to act decisively was not taken under any pressure, including that from India.

“We need to correct ourselves in our own national interests and not someone else’s,” the official was quoted as saying in the report.

The US, the UK and France on Wednesday moved a fresh proposal in the UN Security Council to designate Pakistan-based chief Azhar as a global terrorist, a listing that will subject him to global travel ban, asset freeze and arms embargo.