India   All India  04 Mar 2019  We only calcuate targets, not casualties: IAF chief on strike on Jaish terror camp
India, All India

We only calcuate targets, not casualties: IAF chief on strike on Jaish terror camp 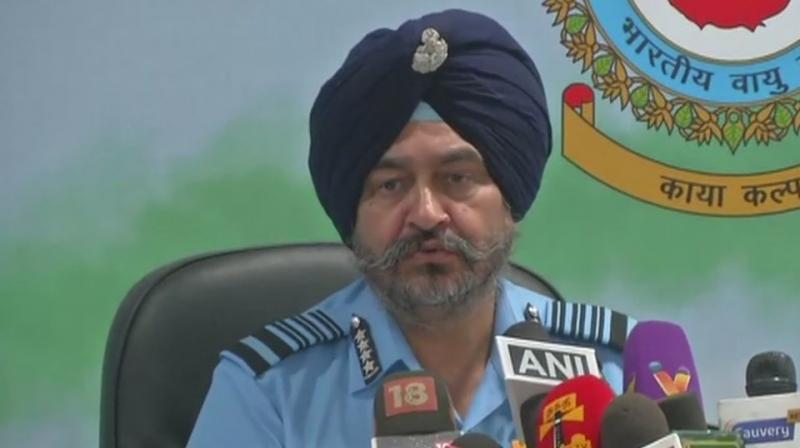 Talking about Balakot camp strike, Dhanoa said, 'As far as casualty figures are concerned, it will be given by the government.' (Photo: ANI | Twitter)

New Delhi: The Indian Air Force chief BS Dhanoa addressed the media on Monday on air strikes conducted and said the MiG-21 Bison is a capable aircraft, it has been upgraded, it has better radar, air-to air missiles and better weapons system.

MiG21 was used in dogfight with Pakistan F16 recently.

Talking about Balakot camp strike, Dhanoa said, “As far as casualty figures are concerned, it will be given by the government.”

Air chief said that Indian Air Force hit their target, doesn’t calculate casualty numbers; figures are calculated by the government ,we count what targets we have hit or not.

Commenting about Wing Commander Abhinandan Varthaman, Dhanoa said whether he flies or not, it will be dependent on his medical fitness. He has undergone medical check-up post ejection from the aircraft and whatever treatment required, will be given. Once he clears his fitness check-up, he will get into fighter cockpit.

Answering a question on why MiG 21 Bison was used, Dhanoa said, “One is a planned operation in which you plan & carry out. But when an adversary does a strike on you, every available aircraft goes in, irrespective of which aircraft it is. All aircraft are capable of fighting the enemy.”

Responding to current situation at the border, Dhanoa said that it was an ongoing situation and wouldn’t comment on that.