A carcass of a whale was found at a beach in Puri, on February 16. As many as five such cases have been reported in last 11 years. 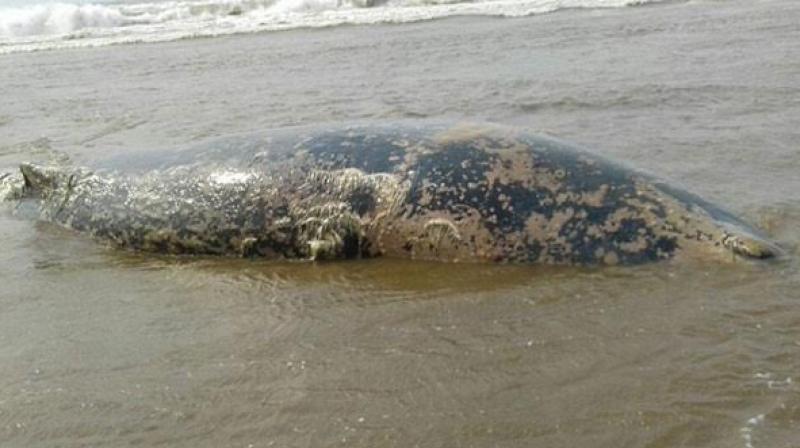 The 32-feet-long carcass of a whale was found washed ashore on a Puri beach in Odisha on Monday.

Puri: A 32-feet-long carcass of a whale was found washed ashore on a Puri beach in Odisha on Monday.

Jagannath Bastia, a member of the Puri-based coastal protection body said, "Global warming, climate change and increase of the pollution in sea water could be among reasons of death of sea mammals."

"I appeal the Government to take the issue seriously and must probe into the matter," added Bastia

Heavy crowd was witnessed near Panth Niwas to see the dead sea mammal. It is suspected that the mammal died after being hit by ship or vessel in the deep sea and was washed ashore due to heavy current of the sea caused by southern winds from Tuesday.

The forest officials reached the spot after being informed by the visitors and recovered the body of the marine mammal.

According to the reports, "It seems the whale has been dead for past several days. Stale smell is emanating from the back side of whale while face of the marine creature is in good condition."

On February 16, a carcass of a 40-feet-long whale of same species was found at Balukhanda beach in Puri. As many as five such cases have been reported in last 11 years.