He was accompanied by Chief Minister Pema Khandu besides other high-ranking police and civil officials. 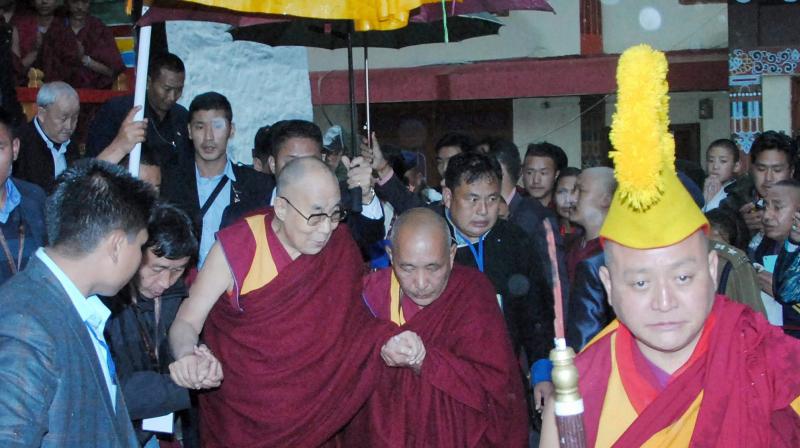 Tawang: Tibetan spiritual leader the Dalai Lama arrived at Bomdila in West Kameng district this evening marking the beginning of his nine-day visit to Arunachal Pradesh.

The Tibetan spiritual leader arrived by road as his chopper could not take off from Guwahati due to inclement weather.

He was accompanied by Chief Minister Pema Khandu besides other high-ranking police and civil officials.

The Dalai Lama's visit to the state comes eight years after his previous visit in 2009 which was exactly 50 years after he had passed through the town on his way from Lhasa in Tibet to India.

He is scheduled to give a discourse at the Buddha Park in Bomdila tomorrow.

On April 6, he will impart teachings at Dirang and confer the 'Avalokiteshvara Permission' at Thupsung Dhargyeling Monastery in the morning.

From April 8-10, the Dalai Lama will deliver discourses in Tawang. He will reach here on April 11 and give a discourse the next day.

Amid persistent Chinese objections to the Dalai Lama's trip to Arunachal Pradesh, India today said no "artificial controversy" should be created around the Tibetan spiritual leader's visit.