Shivpal, the warring uncle of SP chief Akhilesh Yadav, had threatened to launch a new party after the Uttar Pradesh Assembly elections. 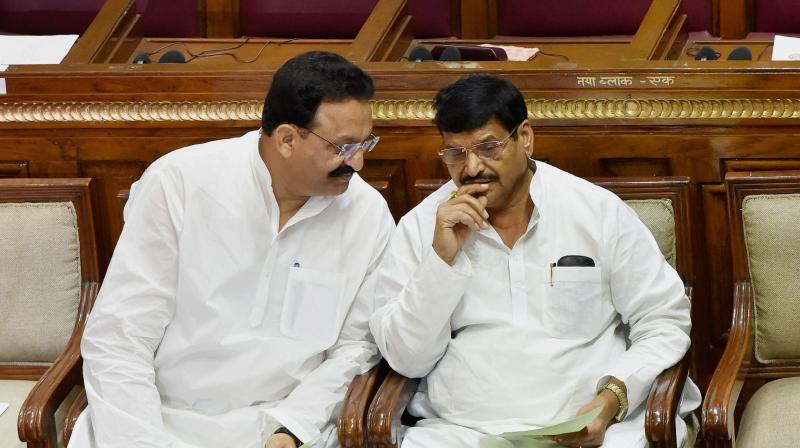 Lucknow: In a new twist to the feud within the Samajwadi Party, its leader Shivpal Singh Yadav on Tuesday said he will soon launch a campaign to unite "samajwadis" (socialists) to bring them on one platform.

Shivpal, the warring uncle of SP chief Akhilesh Yadav, had threatened to launch a new party after the Uttar Pradesh Assembly elections.

"We will not let the legacy of 'samajwad' (socialism) to weaken and will soon launch a campaign to unite socialists to bring them on one platform," he said here while felicitating Sayed Sagir Ahmad, a senior socialist leader.

"The fight for social justice will be fought with full strength. In the name of Rama, politics of social justice should be done and not of hatred," Shivpal said.

After filing his nomination for state polls on January, he had said he would form a new party after the election results are declared. But, subsequently he had said there was no such move.

With Akhilesh snubbing Shivpal and naming Ram Govid Chowdhury the Leader of the Opposition in the state assembly and Mulayam Singh Yadav giving the Samajwadi Party's national executive meeting a miss, any patch-up seems unlikely.

In a public outburst against his son, Mulayam on Saturday had said Akhilesh had insulted him and the voters understood that "one who is not loyal to his father, cannot be loyal to anyone" which led to the party's poll debacle.

The SP got only 47 seats in the 403-member Uttar Pradesh Assembly, its lowest tally since the party's inception in 1992.

Following a bitter feud between the father and the son, Akhilesh had snatched reins of the party from Mulayam Singh and their fight also reached the Election Commission.

Mulayam, who has since been given the role of party mentor, had openly criticised the Samajwadi-Congress alliance and was virtually absent from the campaign too.