India   All India  04 Apr 2018  Women who dress like men give birth to transgenders: Kerala professor
India, All India

Women who dress like men give birth to transgenders: Kerala professor

Rajith Kumar, said women who wear jeans and 'degrade their womanhood in the process,' give birth to transgender children. 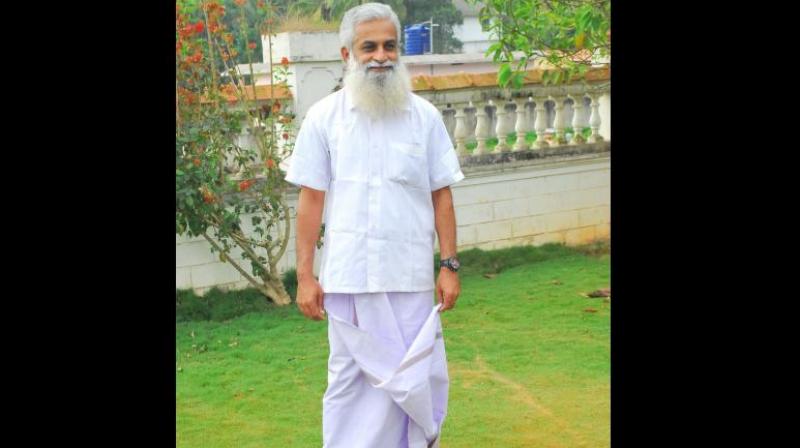 Thiruvananthapuram: "...a woman who dresses up like a man. What will be the character of the child this woman gives birth to? The name of these children is ‘transgender’ or ‘napumsakam’ 'Hijra'. Already, more than 6 lakh trans people have been born in Kerala.”

According to reports, this was the comment made by an ‘educated man’, professor Dr Rajith Kumar, who teaches ‘health awareness’ classes in a college in Kalady, Kerala for several years now.

While Kumar’s derogatory and offensive remarks betray a severe lack of knowledge regarding the transgender community and gender in general, according to reports, the professor claimed to have a “scientific explanation for why transgender and autistic children are born.”

“Good children are born to those men and women who live their lives as men and women. But, when a woman degrades her womanhood and a man degrades his manhood, the girl child born to the couple will have the character of a man. The child that she eventually gives birth to, will be born transgender," he added.

"The children born to rebel men and women have this new disease called autism," he said, while motioning to a video clip of a foreign couple whose children are autistic.

"Do you see that? The mother is wearing jeans and both her children suffer from autism," he said.

"But, when a woman degrades her womanhood and a man degrades his manhood, the girl child born to the couple will have the character of a man. The child that she eventually gives birth to, will be trans."

Taking a strong stand against such uninformed comments, Kerala minister of health and social justice KK Shailaja released a press note stating that Professor Rajith has been barred from participating in government programmes. "We are mulling legal action against him for making such derogatory comments," the note added.

Professor Rajith also posted a Facebook video, in which he claimed: "I just want to save children from leading life in wrong ways. Only a certain statement from my 4-hour long speech was taken and is now being used to create misunderstanding among people."