The accused alleged that the state had done a biased probe and it is motivated and tainted. 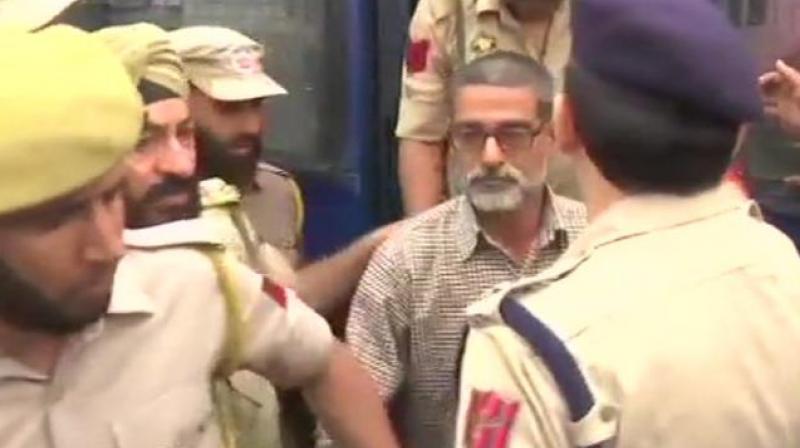 Sanji Ram and Vikas Jagrotra, in their petition submitted that they had been falsely implicated and that the case must be transferred to CBI to get at the real culprits. (Photo: File | ANI)

New Delhi: Two of the accused in Kathua gangrape and murder case on Friday moved the Supreme Court seeking CBI probe into the incident and opposing transfer of trial outside Kathua court in Jammu and Kashmir and to a court in Chandigarh. The apex court had already stayed the trial.

Sanji Ram and Vikas Jagrotra, in their petition submitted that they had been falsely implicated and that the case must be transferred to CBI to get at the real culprits. Opposing transfer of trial outside the state, they said the case couldn’t be shifted merely because of apprehension.

The accused are also entitled to free and fair trial. It was submitted that there are 221 witnesses and it is not possible to travel to Chandigarh, around 265 km from Kathua. There is no threat to the victim’s family as alleged by the victim’s father and his lawyer. On the other hand they had been threatened. Further advocate Deepika Singh Rajawat had already been provided security, which should be removed.

They alleged that the state had done a biased probe and it is motivated and tainted. The SIT team member Irfan Wani is accused of rape and a corruption case is also pending against SIT Inspector Nisar Khan.

The SIT had tortured the accused and witnesses. One of the accused Sanji Lal is like a grand father to the victim but he had also been roped into the case. They want justice and fair treatment, which can be achieved only by a CBI probe.

The charge sheet had already been filed before the Chief Judicial Magistrate Kathua, and they would be directly affected if the trial were shifted outside Kathua without making them parties to the writ petition filed by victim’s father.

The convenience of the complainant cannot be the sole consideration for transferring a criminal case out of the state. Courts have to consider the convenience of the accused, prosecution witnesses and larger interest of the society. The trial had already commenced and there is no apprehension on behalf of the complainant for any threat or coercion of prosecution witnesses. The matter is listed for hearing on May 7.