India   All India  04 May 2018  Here’s why no south Indian city featured in list of most polluted
India, All India

The WHO report said 14 of world's 15 most polluted cities were in India which includes Delhi, Kanpur and Varanasi. 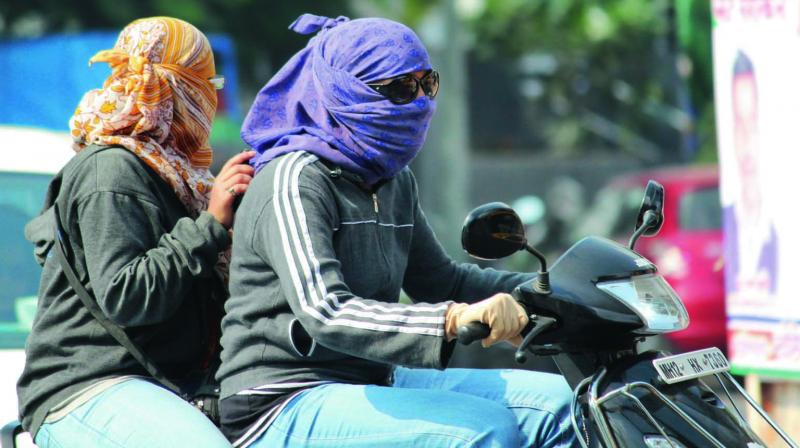 Chennai: No south Indian city figured in the just- released global air pollution report of the World Health Organisation (WHO).

The WHO report said 14 of the world's 15 most polluted cities were in India which includes Delhi, Kanpur and Varanasi.

Asked what helped in tackling pollution, a pollution control official in Tamil Nadu said efforts aimed at improvisation were always prioritised and such measures bore fruit.

An "action plan" is being readied now to tackle air pollution better, he said.

Such monitoring will help more in checking emissions which lead to air pollution.

To a question on some real time air pollution (PM 2.5) data for Chennai pointing to pollution comparable to cities like Varanasi (PM 2.5/ 151/WHO data), he said it was "dynamic, and keeps changing all the time."

Such "so-called high pollution levels," were confined only to some individual pockets reflecting isolated factors and does not reflect the true scenario in the entire city, he said.

"Tackling pollution is a continuous process involving multiple government agencies and the people too," he said.

Municipal bodies, transport corporations were among the agencies being roped in to better tackle pollution.

Pollution levels in major cities of Tamil Nadu like Chennai were within the permissible range in respect of parameters including the PM 2.5 or PM 10, the official said adding "it is much better when compared with other cities like New Delhi."

For instance, last year in Chennai, the PM 2.5 value ranged between 27 and 54 while the maximum permissible limit was 60. Similar was the case in respect of other major cities like Coimbatore, he noted.

Declining to accept the "within the permissible range," data of the State pollution control board, noted environmentalist Nityanand Jayaraman alleged that "Tamil Nadu is filled with industrial toxic hotspots."

Such spots include Tuticorin, Mettur, Manali, Ennore and Cuddalore, he alleged. These regions are dotted with industries related to copper, fertiliser, plastic, chemicals besides thermal power plants.

He demanded a complete 'overhaul' of TN Pollution Control Board to see tangible results to address pollution issues in the "real sense of the word."

He said one of the reasons for southern cities not figuring in the list was due to the highly humid South Indian environment.

Environmentalist Leo Saldanha batted for more regulation by pollution control authorities. He alleged, "environment regulation has been so badly affected in the last two-three years. Nobody is even bothered to check water, air or other form of pollution."

Visakhapatnam, the port city that was classified as "critically-polluted" about eight years ago, has now got rid of the dubious tag, he said.

"Pollution control has now become a focus for us... Our efforts are yielding results and pollution is not increasing as in the case of other cities," he said.

Noting that monitoring stations has enabled them to take corrective steps, he said based on inputs region wise specific measures were taken like steps to curb dust pollution in Vijayawada.

"A lot more needs to be done but steps are taken in this regard," he said. Such steps include the Vizag Port Trust and major industrial units like HPCL spending over Rs 1,700 crore to reduce pollution in their respective units.

In Hyderabad, a Pollution Control Board official said based on the report of an expert committee many measures were being pursued to tackle air pollution better for several years now.

Kerala Pollution Control Board chairman, K Sajeevan, said though Kochi and Kozhikode faced pollution issues, contamination was still within limits in respect of PM 10 and PM 2.5.