India   All India  04 May 2018  Killed her as she refused bribe, wouldn't budge, says Himachal hotelier
India, All India

Accused Vijay Singh said official Shail Bala refused to spare his building and was behaving like an ideal officer. 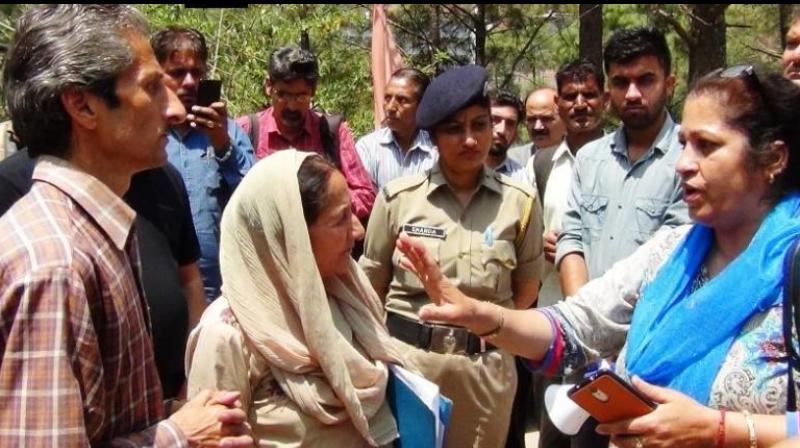 Shail Bala was part of a team of civic officers which was tasked by a court with razing illegal structures in 13 hotels and resorts in the town, 60 km from capital Shimla. (Photo: File/ANI)

Shimla: Accused Vijay Singh, who was absconding after he killed a government official Shail Bala during a demolition drive on Tuesday, was arrested on Thursday evening. The accused has reportedly told the police that he shot the assistant town and country planner because she refused to accept bribe.

According to a report in NDTV, Vijay Singh told that he requested Shail Bala to spare his building but she refused to settle the matter and was behaving like an ideal officer, sources said.

He further said that even his mother touched the officer’s feet and begged, but Shail Bala didn't budge saying she had orders from the Supreme Court.

The hotel owner had been missing since Tuesday when he opened fire outside his property killing assistant town planner Shail Bala Sharma and injuring one more person. There was a cash reward of Rs 1 lakh for any information on him.

Shail Bala was part of a team of civic officers which was tasked by a court with razing illegal structures in 13 hotels and resorts in the town, 60 km from capital Shimla. The administration had found the structures unsafe for tourists.

While the officers were approaching the gate of Narayani Guest House at Solan's Dharampur, owner Vijay Singh allegedly fired shots in the air to scare off the labourers.

A bullet hit Shail Bala Sharma, killing her on the spot, a police officer said. A labourer was also hit in the abdomen. A bullet whizzed past another officer of the electricity department.

The Supreme Court on Thursday pulled up the authorities and the police for failing to ensure safety of the public servants who were doing their job.