India   All India  04 May 2019  Jolt to Gujarat Cong as MLA Bhupendra Khant disqualified
India, All India 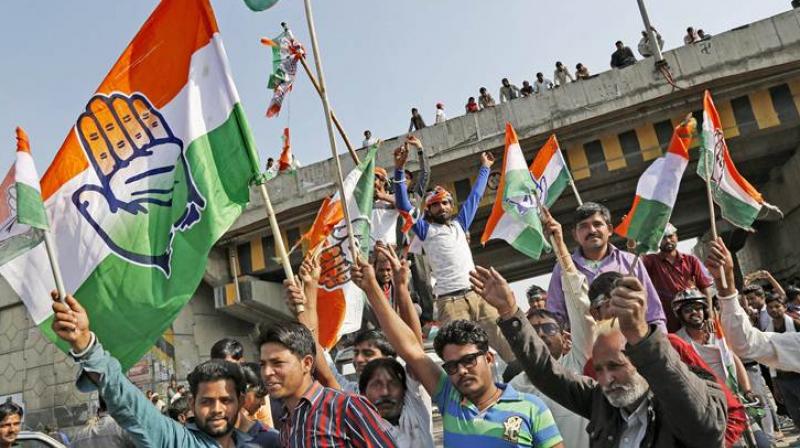 The decision has come at a time when the Congress is trying hard to get rebel MLA Alpesh Thakor disqualified. (Photo: PTI)

The matter came to light after the 2017 Assembly poll. The Morva Hadaf Assembly seat was reserved for Scheduled Tribes (ST). It was found that the certificate which Mr Khant had produced while filing his nomination papers were wrong.

The high court had formed an inquiry committee to look into the matter which found that Mr Khant belongs to the OBC community. The committee did not agree with his argument that he should be considered as belonging to the ST community as his mother was from an ST group.

Reacting to the decision, Mr Khant said, “I have yet to hear from the Speaker of the Assembly, but this is politically motivated. I will fight it in the Supreme Court.”

The Congress, too, criticised the move and called it a political conspiracy. The decision has come at a time when the Congress is trying hard to get rebel MLA Alpesh Thakor disqualified. Since Mr Thakor has resigned from the party and openly worked against it, Congress chief whip Ashwin Kotwal has made a representation seeking his disqualification. Speaker Trivedi is expected to hear on the matter soon.

The disqualification of Mr Khant as an MLA and few of its legislators joining the BJP in recent times has resulted in the Congress strength in the Assembly getting reduced.